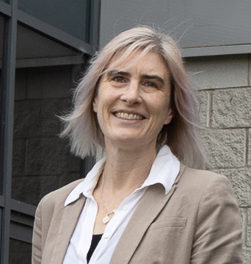 Irish technology provider Cantec Group recently announced its acquisition of Accounts Payable Automation Solutions company InShip. The amalgamation is part of the Cantec Group’s continued expansion as a leading provider of integrated hardware and software solutions for businesses. Over the past 18 months, Cantec Group has increased its team of 39 staff to 52, with a target of 100 employees by 2025. International expansion into the US and Australia is also planned for 2022.

In line with the amalgamation, Cantec Group has announced the appointment of Éadaoin Carrick, Co-Owner & Operations Director, as Executive Chair to lead the company as they embark on this next stage of growth. Female representation on the board is now at 33%, and Éadaoin, as Executive Chairperson is the first female Director to run the company. Greg Tuohy, CEO of Cantec Group, praised Éadaoin’s evolution from a part-time administration employee to taking the lead for the company and wished her continued success.

Speaking at the announcement, Éadaoin spoke warmly of her colleagues. “I am thoroughly honoured to be given this role and the responsibilities that come with it. I have been working with Cantec for 21 years and I am extremely proud to be part of the company’s expansion. I’ve done my best to be honest and fair and to treat all my colleagues with respect. I intend to continue working hard to ensure that every member of staff feels welcome, valued and is happy to come to work as we expand our team while not forgetting the ethos that binds us together.”

Bank of Ireland Group has been recognised by...