Women in Space – Role Models Come in All Shapes & Sizes! 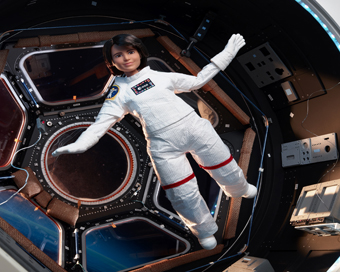 The European Space Agency (ESA) is Europe’s gateway to space. Its mission is to shape the development of Europe’s space capability and ensure that investment in space continues to deliver benefits to the citizens of Europe and the world.

ESA and leading global toy company Mattel have released a Samantha Cristoforetti Barbie doll, to coincide with World Space Week 2021 (Monday October 4th – Sunday, October 10th) and its theme of ‘Women in Space’, to help encourage girls to become the next generation of astronauts, engineers and space scientists.

A Spotlight on Samantha Cristoforetti 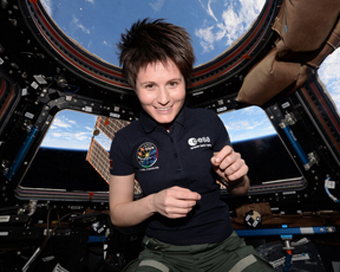 Samantha Cristoforetti is the EPA’s only European female astronaut and hopes the partnership will inspire young girls to pursue a career in STEM and indeed space! As an ‘out of this world’ role model, Samantha has had an amazing career to date. Some highlights include:

•In March 2012 Samantha was assigned to fly as flight engineer on the Soyuz TMA-15M, as part of the crew of Expedition 42/43 on the International Space Station (ISS).

•On 23 November, 2014 Samantha was launched from the cosmodrome of Baikonur in Kazakhstan. She returned to Earth on 11 June, 2015 after spending 200 days in space. The mission, which was given the name Futura, was the second long-duration flight opportunity for the Italian Space Agency, the eighth for an ESA astronaut.

•In 2019 Samantha served as commander for NASA’s 23rd Extreme Environment Mission Operations (NEEMO23) mission on a 10-day stay in the world’s only undersea research station, Aquarius.

Samantha has been assigned a second mission to the International Space Station. She is currently in training and will become the first European to command ISS next year.

Previously a one-of-a-kind item, the new Samantha Cristoforetti Barbie is now available across Europe. Part of the proceeds from sales of the new Barbie doll will be donated to the Women in Aerospace Europe organisation to inspire the next generation by creating a bursary.

The ESA/Barbie partnership goes back to 2019, when ESA’s Communications Partnerships Unit arranged for two unique Samantha Cristoforetti figures to be used by Barbie Mattel Italia to promote their longer-term ‘Dream Gap Project’.

This project focuses on research that has shown that, due to cultural stereotypes and media representations, young girls start to think as they grow up that they are not suitable for certain types of activity.

The research also shows that women are still under-represented in STEM careers and even at a young age, girls say that they are least confident in their maths skills in school. This means that they are missing out on potentially fulfilling and highly paid careers in the industry.

Barbie has spent over 55 years inspiring girls through space careers, since the first Barbie astronaut doll ‘walked on the moon’ in 1965. Barbie has been an astrophysicist, space scientist and an astronaut, and dolls have been created in the likeness of real-life role models such as NASA‘s Sally Ride, Roscosmos’s Anna Kikina and now of course, ESA’s Samantha Cristoforetti.

The continued cooperation with Barbie sees Samantha’s doll sent on a Zero-G parabolic flight, as well as educational resources for parents and teachers produced in collaboration with ESA, to spotlight different space careers, and to teach primary school aged children more about space.

A new aspect of the collaboration is the creation of an educational bursary, available from Women in Aerospace Europe, a non-profit international organisation based in the Netherlands with the mission to promote diversity and excellence in the European aerospace sector.

“Supporting female role models in this field, like Samantha Cristoforetti, who will serve as ISS Commander in 2022, will continue to inspire young generations to look past perceived gender roles and stereotypes into a future with a gender-balanced representation”, says Luisella Giulicchi, System Manager in the Copernicus Programme at ESA and President of WIA-Europe.

Along with the bursary, the winner will receive a free membership with Women in Aerospace – Europe. Submission deadline is 1 December 2021 and more details can be found here>>

The outlook for entrepreneurship on the...

A Tale of Two Halves!

Cranfield School of Management has today (7...