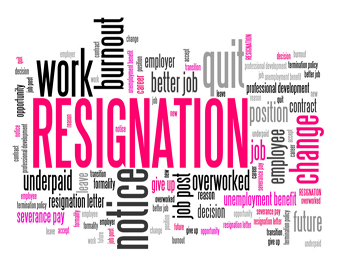 A new study from Workhuman has revealed that almost half of Irish workers – 42 percent – intend to resign from their jobs within the next 12 months. This compares to 2019 – before the pandemic – when just 21 percent stated they wanted to switch careers.

The Workhuman Fall 2021 International Survey Report, which tracked the mood of more than 3,500 full-time employees in Ireland as well as the US, Canada and the UK, found that British and Irish workers are the most likely to move roles, with 48 percent of UK employees saying they plan to quit in the next year, compared to 42 percent of employees in Ireland and 36 percent in the US and Canada.

The number one reason given for wanting to change roles is to gain more workplace flexibility, with 36 percent of male job seekers citing this reason. In comparison, female workers’ principal motivation is better pay.

Workers have reported experiencing high levels of burnout. Almost two-thirds of women (65.5 percent) and 59.5 percent of the men revealed that they had experienced burnout during their careers. Of those, 81.5 percent of women and 78 percent of men stated this had occurred during the last 12 months.

“After a year-and-an-half of uncertainly and strain, Irish workers now have a very strong idea of what they will and will not tolerate at work.

The upshot of this is that many are seeking new opportunities, which offer more flexibility and/or better compensation,” said Derek Irvine, Senior Vice President of Client Strategy and Consulting. “Unless organisations take preventative steps, they could soon be facing unprecedented levels of employee turnover. Sectors suffering from acute skills shortages, such as construction, technology and engineering, probably have the most cause for concern.”

Working parents are more likely to quit than stay in post

Working parents are amongst the most likely to leave their job with 52.5 percent of which stated they intend to resign within the next year. Of those, just over one-third (35.5 percent), said they wanted more flexibility at work.

Workers want a mix of office- and home-based work

When asked to state their preferred way of working, almost half of respondents (47.5 percent) stated they want to split their time between the office and working from home. Almost one-third (32.5 percent) said they would prefer to work remotely all of the time, while just one-in-five said they wanted to work in the office all of the time. In contrast, at the time of the survey – in late June 2021 – 46 percent of women and 38 percent of men were working on-site all of the time.

“According to Gallup, the cost of replacing a member of staff is somewhere between one-and-an-half and two-times their annual salary. When you consider how many people are planning to switch roles over the next year, it’s not hard to envisage how costs will mount up for organisations; costs that many can ill-afford after the economic impact of the shutdown,” continued Irvine.

“It’s clear that organisations need to make employee retention a strategic objective, creating environments where employees are recognised and rewarded for their contributions, and where employee needs are front and centre of the decision-making process.”

For more data from the Workhuman Fall 2021 International Survey Report, download the new paper: How the Great Resignation Will Shape HR and the Future of Work.