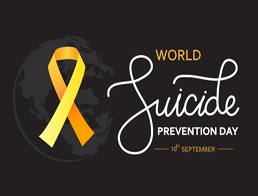 To mark World Suicide Prevention Day, Friday 10th September, and as part of an ongoing commitment to Pieta, PepsiCo Ireland, has announced it is donating €25,000 to the Irish suicide prevention charity.

The donation is on the back of its 25 million Steps for Pieta PepsiCo Challenge, which was undertaken by employees who tracked their steps this summer. Their target of 25 million was exceeded, with 30 million steps recorded through walking, swimming, running, or any outdoor activity, resulting in a donation by the company of €25k to their charity partner.

The donation will go towards supporting those in crisis at Pieta which runs 20 centres throughout Ireland. There has been a massive increase in demand for Pieta’s services since the beginning of the pandemic. The number of people aged under eighteen seeking help rose by 42% in 2021 alone.

In January PepsiCo Ireland donated €35,000 to Pieta to coincide with Blue Monday, widely described as the most depressing day of the year.  PepsiCo has now  raised €60,000 in total so far for Pieta in 2021.

PepsiCo Ireland General Manager Adam Smart said: “I am thrilled that colleagues rose to the occasion and exceeded their target for the Steps for Pieta PepsiCo Challenge. While the initiative was fun and competitive, tackling mental wellbeing and suicide prevention is one of the most serious challenges of our time.

“Supporting Pieta’s mission and values, along with wider initiatives such as World Suicide Prevention Day, means so much to PepsiCo. We will continue to do all we can to prioritise mental wellbeing and local community engagement.”

SUSTAIN is a new four-month female...

Your One Wild and Precious...

Once you've got a few decades on the clock,...