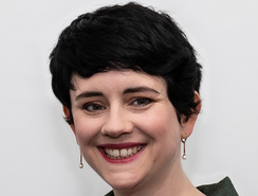 Over the coming weeks and months, we will be highlighting a number of women who work in the tech sector. These women are role models and hopefully will inspire others to take that leap of faith into the world of technology.

Clíodhna Ní Bhroin is originally from Dublin, but spent a lot of her childhood years in Louth and Galway. She eventually returned to Trinity College Dublin where she earned an MSc in Biodiversity and Conservation, before later studying IT at Dublin College University. Growing up, she loved swimming and being under water, gardening, being outside, knitting, embroidery and running her own little science experiments. She has continued the pursuit of creativity with art and by completing a certificate in botanical illustration.

What is your current role?

I am retraining as a QA engineer after a two-year absence. In total, I’ve been with Expleo for four years, gaining experience in insurance and telecoms.

When did you start to think about a career in technology?

I have a great passion for botany and I found a job at the Royal Botanic Garden in Edinburgh. I was involved in a large-scale information and image capture of herbarium specimens (a herbarium is a cross between a library and a graveyard for plants). I was fascinated by the people who built the in-house systems and how they improved their efficiency and accuracy.

I’d always been a bit of a nerd, so when I decided to retrain, technology was the obvious choice. After graduating in IT, Expleo was one of my first choices.

Were there any potential barriers to entry for you to start your career in technology?

In secondary school, I never realistically considered a career in tech, because there weren’t many female role-models that I was aware of. The internet and social media weren’t what they are now. While I went into STEM in university, it was more science and less technology. All the lads I knew were into computers, and I didn’t see it as something for me. At the botanic garden, with many visible women in every area of every department, I slowly began to see that what I wanted was fully possible. Being in such a vibrant and progressive environment, where all learning was encouraged (regardless of gender, nationality or anything else) was very special.

This further convinced me that the only limits relevant were the limits I recognised.

Did you see the gender balance as a threat/opportunity?

By the stage I had decided on tech, I was both confident enough and mature enough not to see gender as a factor. I was sure of my skills and what I could bring to the company I chose to work for. I knew they were lucky to have me. I was drawn to Expleo’s values – that makes me proud to work here.

What was your perception of the sector in terms of gender balance?

You can’t get round the fact that there are more men than women, but I never felt like it was an issue.

I wasn’t being judged based on my gender and I don’t judge others based on that either.

I do enjoy the occasional girly chat with co-workers, as I’m sure the lads would enjoy something similar.

What are the benefits of working in the tech sector?

The tech sector is fascinating in that emerging technologies keep you on your toes. I think there’s a sense of responsibility that comes with that. You need to communicate to others the usefulness (and risks) involved in adopting these technologies.

What advice would you give to young girls who may or may not be considering a career in technology?

The only limits are the limits you put on yourself. You can be as bold or ambitious as you like.

What should tech companies do to attract more women into the tech sector?

Like any company, being flexible and responsive to the needs of the workers is a great place to start.

Over the coming weeks and months, we will be...

The Board of Greyhound Racing Ireland (GRI)...