Women in Leadership and Gender Balance in Europe 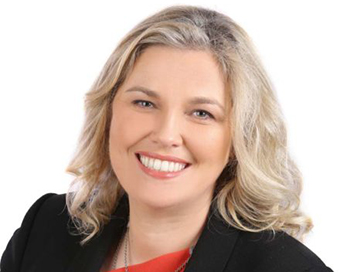 The importance of gender balance is highlighted by the various skills and different perspectives that women bring to the table, particularly evidenced by many of the world’s female leaders, as was highlighted throughout the Covid-19 pandemic.

Despite women being disproportionately affected by the pandemic, female leaders have been seen to be the most effective in their response to the crisis.

Leaders of countries including Denmark, Finland, New Zealand and Germany have been stellar examples of the key role played by female leaders. Arguably, their quick and timely responses to the pandemic led to greater control of the virus at a much earlier stage than many other countries led by their male counterparts.

Female leadership and representation is vitally important at all levels – from civil society organisations to the leadership of nations. We, in Ireland, are fortunate to have fantastic women representing us at the most senior levels in Europe. In addition to strong gender balance amongst our elected MEPs, we see many Irish women in leadership roles, including Mairead McGuinness, Commissioner for Financial Stability, Financial Services and the Capital Markets Unions; Emer Cooke, Executive Director of the European Medicines Agency, whose work we’ve all become more familiar with during the pandemic; Emily O’Reilly, EU Ombudsman and Dr Susan Steele, recently appointed CEO of the EU Fisheries Control Agency in Vigo, Spain. 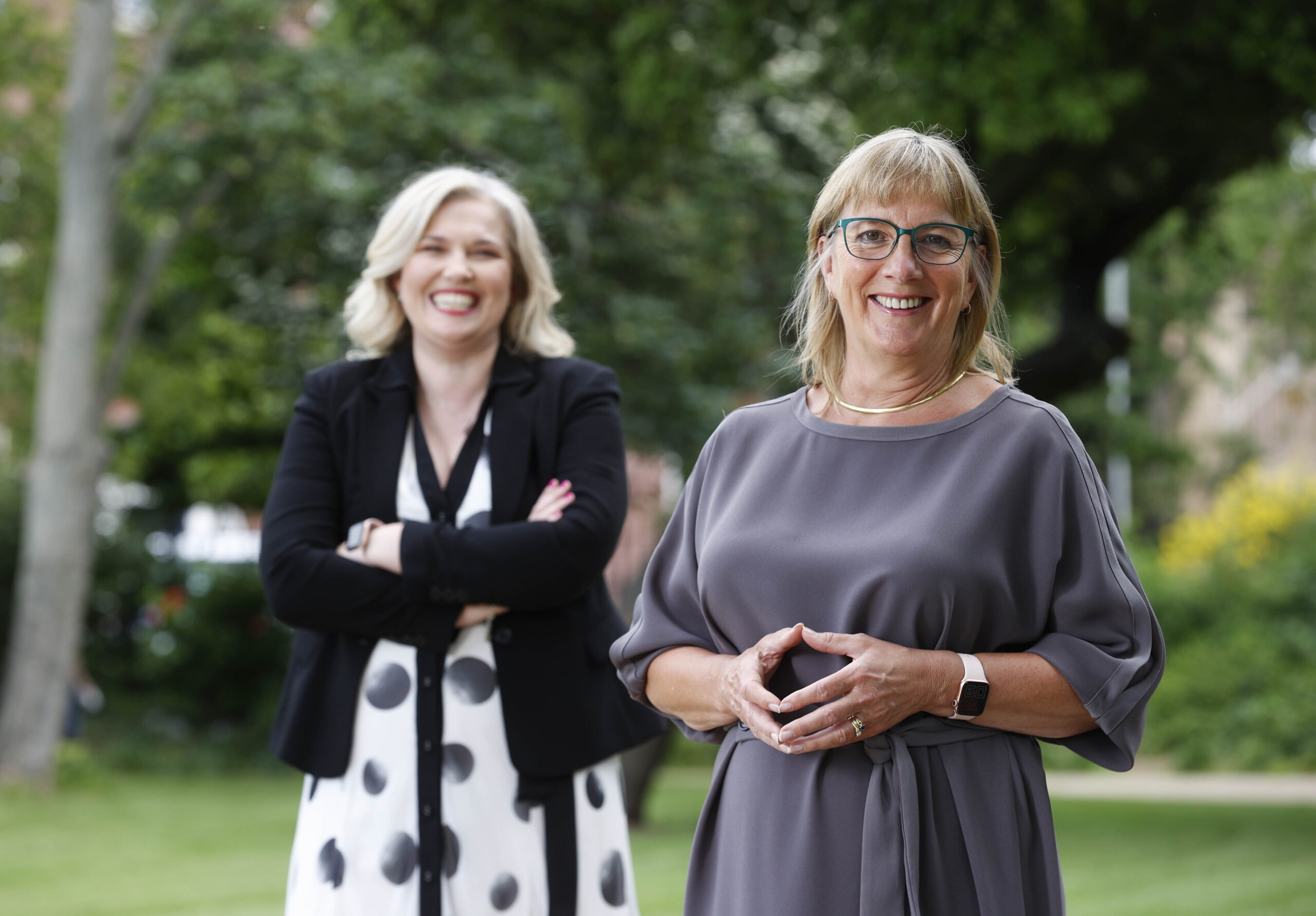 From our perspective in EM Ireland, we are proud of a well-balanced team, from the top tiers of the organisation at Board level down to our dedicated team of stagiaires. We recently announced the appointment of our new Board Chair, Julie Sinnamon, (as featured on Women Mean Business) who succeeded our previous Chair, Maurice Pratt. Julie brings a wealth of experience from her distinguished career to date, most recently, as CEO of Enterprise Ireland and we are delighted to have someone of her stature and calibre as the organisation’s new Chair.

In addition to being CEO of EM Ireland, I also currently hold the title of Vice- President of European Movement International. EM International is the largest and most influential pan-European network of pro-European organisations and so, as an Irish woman, this role is one I am proud and honoured to have been elected to as Ireland navigates its future in Europe post-Brexit and in the recovery from the Covid-19 pandemic. Indeed, the current President of EM International is Eva Maydell, the first woman to take on this role and herself elected to the European Parliament in 2014 at the age of 28 making her the youngest member of the EPP Group of the European Parliament at the time. 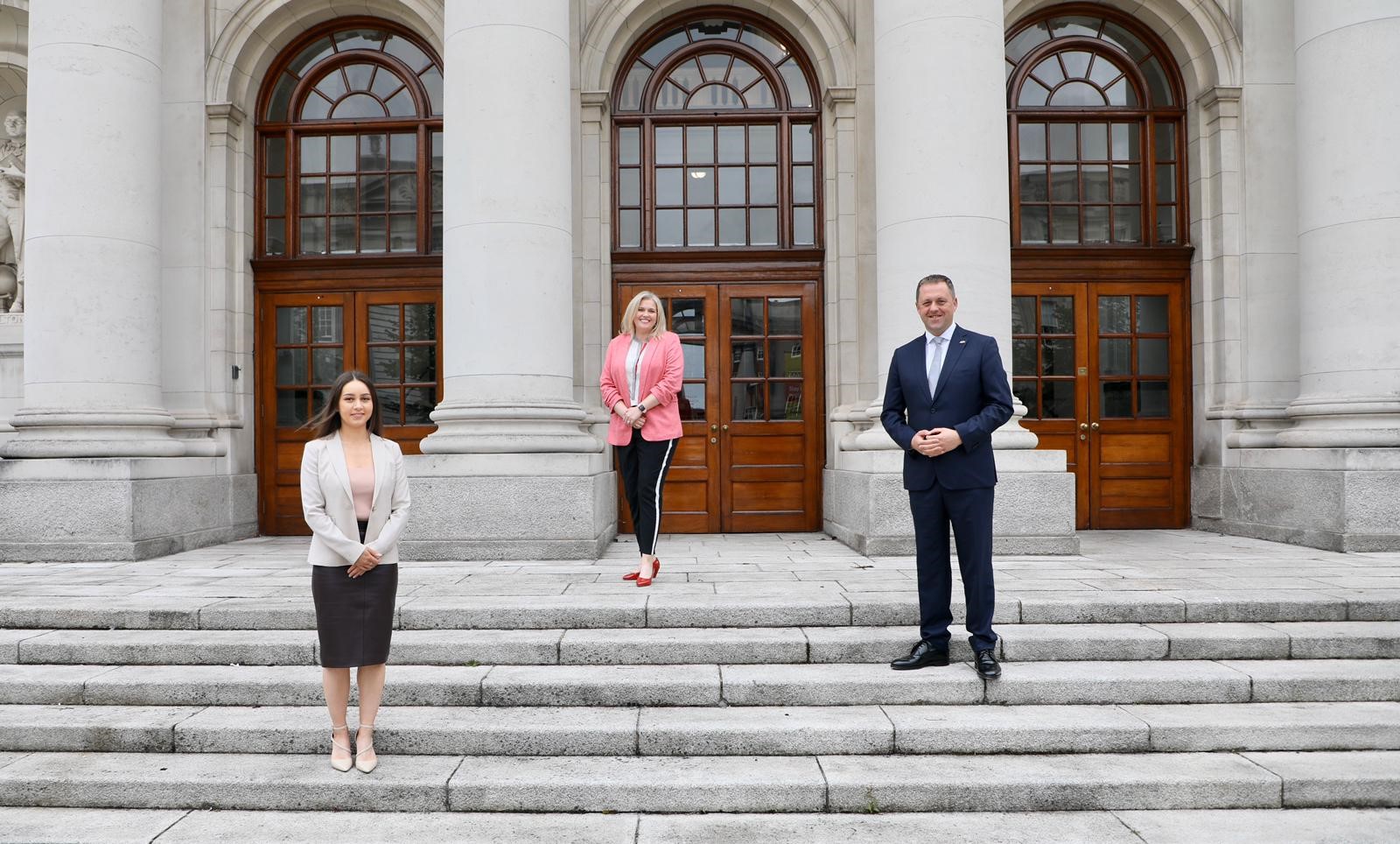 Most recently, I was proud to have been appointed as the Irish National Representative to the Plenary on the Conference of the Future of Europe, nominated by the Minister of State for European Affairs, Thomas Byrne TD alongside Emmy Coffey Nguyen as Alternate National Citizens’ Representative. In this role, I am tasked with speaking on behalf of the Irish people at EU level as part of the crucially important and timely Conference on the Future of Europe, both a great honour and responsibility. In addition to this, EM Ireland is working in conjunction with the Department of Foreign Affairs to deliver a series of events as part of the Conference on the Future of Europe with people across Ireland, which aims to engage Europeans by stimulating debate about Ireland’s future relationship with the EU. We, in EM Ireland, have a key role to play in the Conference which will take place across the four provinces of Ireland and beyond, with Irish people across Europe.

European Movement Ireland works to ensure the people of Ireland have a greater understanding of Europe and our connection to the EU.

This is achieved by stimulating debate and providing objective information. Additionally, EM Ireland works with our international partners through EM International by informing them of the role played by Ireland in the EU and the role the EU plays in Ireland. We deliver on our objectives through a number of projects such as NasCSO with civil society organisations, the Blue Star Programme with primary schools, publications such as our ‘Just the Facts’ and ‘Just the Chats’ podcasts, to name a few. 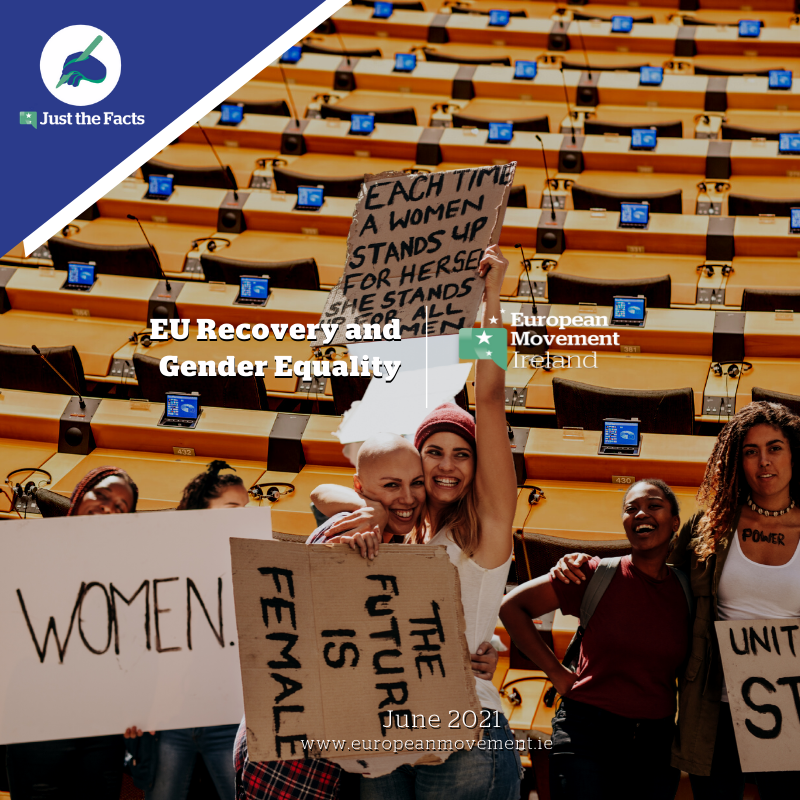 We recently published a ‘Just the Facts’ publication on gender balance in the EU.  Gender balance is crucial across the EU as it can support the tackling of key social issues such as the gender pay gap. This piece highlights that in 2019, 40.4% of elected MEPs at the European Parliament were women marking the highest percentage of elected women in the Parliament. In the same year, Ursula von der Leyen was appointed as the first female president of the European Commission. Despite these advancements, the EU still has much work to do on gender balance.

A report carried out by the European Court of Auditors found that although gender equality is a priority for the EU, the European Commission have not lived up to their targets.

The Covid-19 pandemic marks a pivotal moment for the EU to fulfil their potential in relation to gender balance. The Irish-based EU agency, Eurofound released a report in May 2021 showing women have been disproportionately affected by the pandemic. While women appear to have overall high levels of life satisfaction and optimism in Ireland, it found that women aged 18-34 are the loneliest in the EU. Being overrepresented in the sectors worst hit by this crisis, women have suffered the most and this has led to an increase in feelings of loneliness, among a variety of other challenges. This year, the European Commission published a 2021 Report on Gender Equality in the EU where they highlight the extent to which the Union can promote gender equality with this depending on the implementation of gender mainstreaming practices by policymakers and EU governments. The Covid-19 central Recovery and Resilience Facility fund has accepted the disproportionate effect the pandemic has had on women. In response to this, each Member State must include how they aim to aid gender equality in order to receive funding. This is a positive move by the EU which will promote gender balance throughout the Union.

Finally, it is important to celebrate and highlight the achievements of women in all levels of society. Each year, EM Ireland proudly nominates women in business, leadership and other areas for the annual European Movement International ‘Women of Europe’ Awards and I myself was truly honoured to be nominated for the 2018 WMB Awards. The work of Women Mean Business is to be commended and celebrated in this regard.

We are proud, in EM Ireland to lead by example and play our part as we work to close these gaps and continue to work for change for a better society for all.

Be Proactive about your...

As the COVID-19 restrictions lift and our...

As a long-term reader of Women Mean...