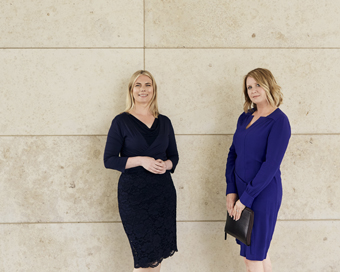 Both Ingrid and Angela have coached and worked with women in business for several decades. The duo sought to add Irish-situated voices to the growing body of international research around gender balance and stress that any solutions put in place need to recognise the root causes behind the current crisis.

The findings of recent research conducted by Ingrid and Angela, entitled: ‘Women, Work and the Pandemic’ threw up some alarming findings which the new SUSTAIN program aims to address.  According to findings, over half of Irish women believe they can’t succeed professionally without sacrificing their work-life balance. In fact, women have intentionally avoided going for a promotion because of the potential impact to their work-life balance and in line with results from international research, they have even considered leaving the workforce altogether.

Speaking on the survey findings, Angela said: “We already know that women carry the brunt of care work and domestic responsibilities, that this impacts their ability to prioritise their own professional goals and ambitions, and that the pandemic has magnified this.

“The demands on women are coming through clearly in the survey, with 74% stating that their care responsibilities have increased during the pandemic and that they worry about their current workload. Four in five (83%) feel guilty about everything they don’t get done, and more than half don’t have time for self-care, career planning or to reflect on how they self-manage.”

Ingrid added: “There are key structural issues at play here and we really need to get better at providing societal and organisational solutions that cater for the lived reality of people and families in Ireland today.

“We need adequate childcare provision, and family friendly work policies. But we also need a more holistic view of what is needed in terms of female leadership development.”

stated Ingrid and Angela. “Once more and more female leaders are able to model balanced fulfilment, they will make a real difference both for themselves and for generations to come.”

With over 25 years industry experience,...