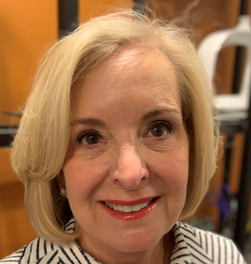 Neuromod Devices Ltd, the Irish medical device company, has announced the appointment of Ms. Susan Whichard as a non-executive board member of the company.

Ms. Whichard has more than 30 years’ experience in the hearing industry, having worked as both a business executive and a practicing healthcare professional, as a clinical audiologist. Her appointment comes as Neuromod plans continued expansion of the availability of Lenire, its tinnitus treatment device across Europe and in the U.S., pending FDA approval.

Speaking on the appointment of Ms. Whichard to the board, Dr Ross O’Neill, CEO of Neuromod Devices commented: “I am delighted to announce the appointment of Susan Whichard as a non-executive board member of Neuromod Devices Ltd. Susan brings a wealth of hearing aid industry experience to the table, having worked at the coalface as an audiologist and in leadership positions in some of the largest hearing aid companies in the world. Her guidance will be important in this exciting and pivotal time for Neuromod as we prepare to enter the U.S market, pending FDA approval, and as we continue to expand our commercialisation and availability of Lenire in Europe.”

Ms. Susan Whichard said: “Neuromod is one of the most exciting companies in the hearing space and in Lenire, the company has developed an excellent device, backed up by robust clinical research and data, which brings hope for millions of people with tinnitus across the world. I am excited to be in this position to advise this company which has so much potential.”

Neuromod specialises in non-invasive neuromodulation technologies and has developed Lenire, the first non-invasive bimodal neuromodulation device for the treatment of tinnitus which has been clinically proven in large-scale clinical trials to soothe tinnitus symptoms. Tinnitus is believed to affect between 10 and 15% of the global population.