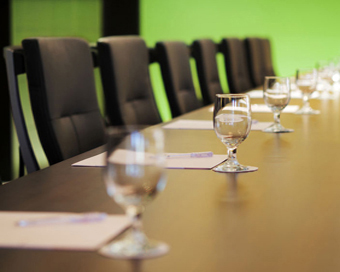 BoardEx, the provider of global leadership intelligence, released a new study: Global Gender Balance Report 2021.  In its second edition, the report examines the progress that was made in advancing gender equity on the boards of major corporations across 26 global indices.

The report also uncovers that these gender equity advancements have not been uniform around the world, with some countries taking a notable lead in these efforts. 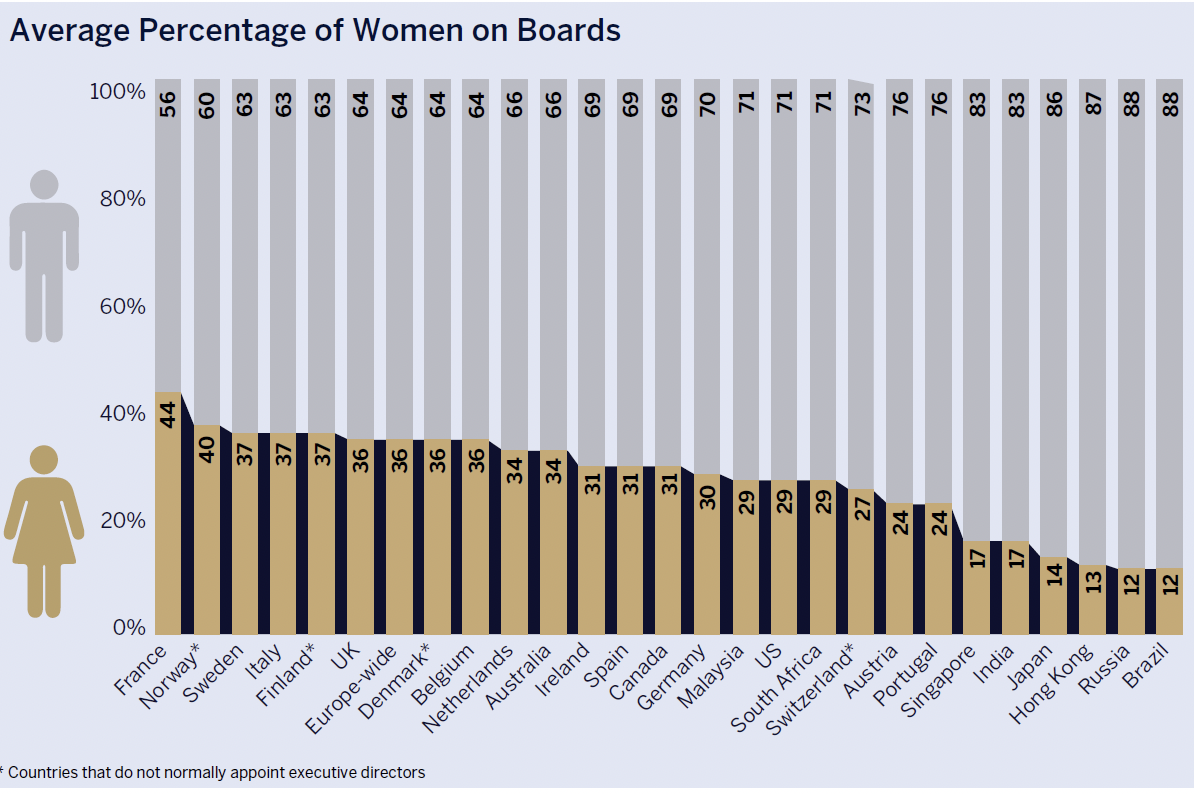 In the graph, the mean female percentage in each case is indicated by the gold bar, the male by the silver. France tops the poll, with 44% of board positions held by women, up slightly from 43% in 2019; at the other end of the scale is Russia and Brazil, where just over 12% of directors are female. A big change at the bottom of this ranking in 2020 is Japan, moving from last position for the first time since the ranking was originally calculated in 20141. With a board gender balance of 14% (8.8% in 2019 – a change of 5.2 pp) it has moved up three places and now sits ahead of Brazil, Russia and Hong Kong. The mean percentage of women on boards across these countries and indices is 29% (up from 27% in 2019), with three countries (Malaysia, South Africa and the US) in line with this average.

This comparative study, which began in 2014, evaluates the progress of increasing female participation at the board, executive director and non-executive director levels.  The report includes an analysis of more than 16,000 directors from more than 1,400 different organisations.

•Ireland has made the largest percentage-point gain since 2014 and the percentage of women on ISEQ-20 boards sits at 31%.

•The UK gained 2.6 percentage points since last year to close 2020 with 36.3% female participation and moved to sixth place in the global rankings.

•France takes the top spot with 44% of board positions being held by women.

•Japan has more than tripled its female board representation from 4% to 14% in the 6 years since this study began.

• The US made significant progress in gender balance at the board level since the study first began in 2014 with a gain of 10 percentage points.  The US finds itself it 16thplace in this year’s report with 29% female participation.

In addition, there is evidence that having more women in board-level positions improves non-board gender balance.

For the complete findings included in the Global Gender Balance Report 2021, download the full report here>>

BoardEx is a leading provider of executive intelligence and relationship mapping solutions. It is a part of Euromoney People Intelligence, a division of Euromoney PLC which provides organisations with unique data intelligence that connects them with the individuals who will have the greatest impact on their goals.

Feeling the Impacts of...