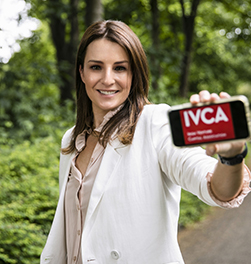 Nicola McClafferty, partner, Draper Esprit, has been elected chairperson of the Irish Venture Capital Association (IVCA). She is the second consecutive woman to be elected to the role, replacing Gillian Buckley, investment manager with the Western Development Commission (WDC), who has completed her term of office.

The Irish Venture Capital Association is the representative organisation for venture capital and private equity firms in Ireland.

Nicola has been both an entrepreneur and investor. She worked in venture capital in London before cofounding and heading up online retailer, Covetique, later sold to ASOS plc.

She joined Draper Esprit in 2017 and in April 2020 was appointed partner. As well as focusing on consumer and Software-as-a-Service (SaaS) investment across Europe, she heads up the Draper Esprit office in Dublin. Nicola sits on the boards of portfolio companies including Manna, Lyst, Pollen, Roomex and Sweepr.

Commenting on her election to chair the IVCA she said:

“While Ireland’s focus in the past has been on creating the environment to attract FDI investment, global pressures make it increasingly important that we look to policies that will boost local entrepreneurship and accelerate the development of the indigenous Irish tech sector.”

Expleo, the technology partner for...

Board Excellence is pleased to announce the...