Challenge of Work/Life Balance Amplified Over Past Year 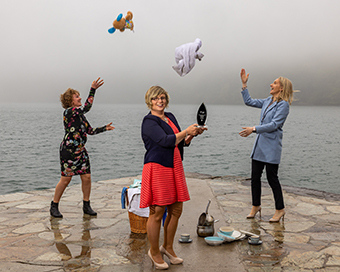 A survey by Network Ireland West Cork of its members shows 62% are working longer unpaid hours than ever before. The survey which sought to look for women’s insights into business and life over the past 15 months was carried out ahead the group’s annual Women in Business awards which takes place on June 24th. This year’s event will see eight women achieve awards from a shortlist of 24 nominees across eight categories.

Of those surveyed, 70% have children or elderly family members to care for with 69% saying that this level of care has increased since the beginning of the pandemic. 62% said they are working longer unpaid hours now than ever before with almost half saying this is down to the increased pressure to juggle everything, added to by the reduced access to childcare and family supports.

The survey also looked for insights into members’ views on pay equality and representation with 44% agreeing that gender quotas or targets should be set by larger businesses to allow for more female representation on boards.

31% felt there is a pay gap in their place of work, while 60% said that it would be a welcome development for businesses to conduct pay equity audits to ensure parity. 100% said the support from a network of like minded business women has helped them over the past 15 months.

Speaking of the survey, Katherine O’Sullivan, Network Ireland West Cork president said, “It is vital that we know the needs of our members so this is the main reason we undertook this survey. Being in business means that we often have to take on the role of many, particularly for our self-employed members who are well used to juggling roles. However, it is obvious that the past 15 months has added to the burden of our members with a huge proportion working longer hours than ever before with the added uncertainty of what the future holds. This is where Network West Cork has helped our members enormously over the past number of months as it is vital to have a strong network to guide and support you through these times. Since the beginning we have worked hard to provide extra supports to our members through live webinars and virtual networking events which have allowed us to share our fears and hopes for the future and this is what makes Network Ireland West Cork really special.

She continued, “By coming together we can work to bring about change and have our voices heard while also celebrating each other’s achievements which is what our awards on June 24th is all about. We look forward to awarding these special women in business at our virtual event after what has been an emotional and physical rollercoaster for so many. However, as well as challenges there has also been great progress for our members and this is why it is important to mark these achievements.”

The virtual award ceremony on June 24th will celebrate the achievements of Network West Cork members from a broad spectrum of sectors which make up the diverse network of women in the region.

Network Ireland Cork has announced the...

Six West Cork women have been lauded for...