Striving for Equality – The Recommendations 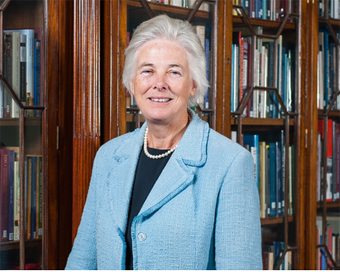 At the end of April, the results of the deliberations of the Citizens’ Assembly on Gender Equality (the Assembly) were announced.  The Assembly agreed 45 priority recommendations covering a wide range of areas set out in its Oireachtas mandate.

These include recommendations on the Constitution, Politics and Leadership, caregiving and childcare, Domestic, Sexual and Gender Based violence, Pay and the Workplace and Social Protection.

Speaking at the announcement of the results on April 24th, the Chair of the Assembly Catherine Day said:

“Everyone has their own personal experience of gender equality – or inequality.  The members of the Assembly considered factual information and different perspectives on a broad range of topics related to gender equality and then developed and voted on its priority recommendations.

The recommendations the citizens agreed don’t just call for incremental change.  They call for big changes that can make Ireland a better and more gender equal place to live for all of us.  They call for change in our Constitution, for new laws and policies and for stronger enforcement.

The recommendations we are presenting today come out of more than a year’s hard work and informed consideration by the members. I want to pay tribute to our committed citizens who have given their time to the important issue of gender equality over the last number of months.  They now urge the Oireachtas to match their commitment by accepting their recommendations and implementing them without delay to deliver gender equality for Ireland.”

Some of the key recommendations include:

•Insert a new clause into Article 40 to refer explicitly to gender equality and non-discrimination.

•Delete and replace the text of Article 41.2 (woman in the home) with language that is not gender specific and obliges the State to take reasonable measures to support care within the home and wider community.

•Amend Article 41 so that it would protect private and family life, with the protection afforded to the family not limited to the marital family

•By the end of 2022 extend gender quotas for party candidates to local, Seanad and European Elections, increase penalties for parties that don’t meet the quota and increase the threshold from 30% to 40% for both women and men.

•Make funding to public bodies contingent on reaching a 40% gender balance quota by 2025.

•Enact gender quota legislation that requires private companies to have at least 40% gender balance on their boards.

•Make public funding to cultural, sports, arts and media organisations contingent on a quota of 30% representation of women, and of men, on their Governing bodies by 2025 and 40% by 2030.

•Move to a publicly funded, accessible and regulated model of childcare over the next decade.

•Paid leave for parents should cover the first year of a child’s life, be non-transferable, provide lone parents with the same total leave period as a couple and be incentivised by increasing payment levels to encourage increased take up.

•Ensure choice in care and independence for older persons and persons with disabilities.

•Changes to Carers Allowance, respite and pensions for family carers.

On domestic, sexual and gender based violence:

•Develop guidelines and specialist training for judges and lawyers regarding the treatment of victims/survivors, including the exclusion of the consideration of sexual history, character, attire and counselling/medical records.

•Appoint a Victims/Survivors Commissioner as an independent advocate and voice for victims/survivors.

On pay and social protection

•Adopt a fully individualised social protection system to reflect the diversity of today’s lives and to promote an equal division of paid work and care.

On technology and the media

•Empower and adequately resource a statutory body for gender equality under a Cabinet Minister charged with cross government co-ordination.