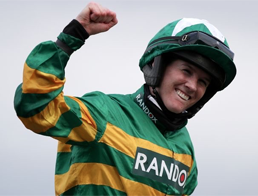 The first ever female jockey has won the Grand National.

Rachael Blackmore has made history at the Aintree course, riding Minella Times to victory. Three weeks ago, she became the first woman to finish as the leading jockey at the prestigious Cheltenham Festival and on Saturday (April 10th) took the race all riders want to win.

She said “I just cannot believe it… I am so lucky to be riding him and I just can’t believe we have won the Grand National!”

The monument was described by pundits as “one of the greatest moments in the sport”.

Get the Shifts Has Paired Up...

Clare based tech start-up Get the Shifts has...

CarePlus Pharmacy has been unveiled as the...