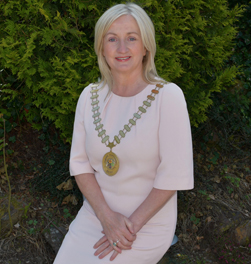 Áine Collins, CPA, has been appointed as the 49th President and the 5th female President of CPA Ireland, one of Ireland’s leading accountancy bodies that represents over 5,000 members and students.

Speaking at the AGM, Áine stated “Technology, sustainability and the world of work are all the major themes which the Council and executive team are taking account of in terms of service delivery and providing value for members in 2021 and beyond.

Turning to the world of work and taking account of the acceleration in remote working due to the pandemic, we now appreciate that remote working is here to stay. CPA Ireland will provide, and is already providing in many respects, the supports for members and students to thrive in the new world of work”.

Áine was elected to the Council of CPA Ireland in November 2016. She qualified as CPA in 1996 and is Director of Blueprint Consultancy. Áine has held a variety of roles prior to her election at CPA Ireland. She has a passion for and track record of supporting businesses.

From 2011 to 2016 Áine was a TD for the constituency of Cork North West and a Member of the Joint Committee for Jobs, Enterprise & Innovation; A Member of the Pubic Account Committee, and Chairperson on the SME group, contributing to the formation of government policy in these areas.

Dublin City University is pleased to...