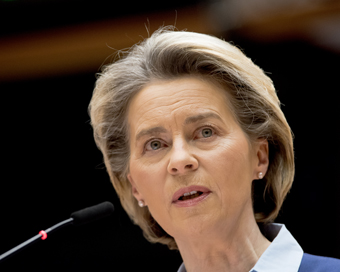 The European Commission has today (March 4th, 2021) presented a proposal on pay transparency to ensure that women and men in the EU get equal pay for equal work. A political priority of President von der Leyen, the proposal sets out pay transparency measures, such as pay information for job seekers, a right to know the pay levels for workers doing the same work, as well as gender pay gap reporting obligations for big companies.

The proposal also strengthens the tools for workers to claim their rights and facilitates access to justice. Employers will not be allowed to ask job seekers for their pay history and they will have to provide pay related anonymised data upon employee request. Employees will also have the right to compensation for discrimination in pay.

New measures, which take into account the impact of COVID-19 pandemic on both, employers but also on women, who have been hit in particular hard, will increase awareness about pay conditions within the company and give more tools to employers and workers to address the pay discrimination at work. This will address a number of substantial factors contributing to the existing pay gap and is particularly relevant during COVID-19 pandemic, which is reinforcing gender inequalities and puts women into greater risk of poverty exposure.

Women must know whether their employers treat them fairly. And when this is not the case, they must have the power to fight back and get what they deserve.”

Vice-President for Values and Transparency, Vera Jourová said: “It is high-time both women and men are empowered to claim their right. We want to empower job seekers and workers with tools to demand fair salary and to know and claim their rights. This is also why employers must become more transparent about their pay policies. No more double standards, no more excuses.”

Commissioner for Equality, Helena Dalli, said:  “The pay transparency proposal is a major step toward the enforcement of the principle of equal pay for equal work or work of equal value between women and men. It will empower workers to enforce their right to equal pay and lead to an end to gender bias in pay. It will also allow for the detection, acknowledgment and addressing of an issue that we wanted to eradicate since the adoption of the Treaty of Rome in 1957.

Women deserve due recognition, equal treatment and value for their work and the Commission is committed to ensuring that workplaces meet this objective.”

The legislative proposal focuses on two core elements of equal pay: measures to ensure pay transparency for workers and employers as well as better access to justice for victims of pay discrimination.

•Pay transparency for job-seekers – Employers will have to provide information about the initial pay level or its range in the job vacancy notice or before the job interview. Employers will not be allowed to ask prospective workers about their pay history.

•Right to information for employees – Workers will have the right to request information from their employer on their individual pay level and on the average pay levels, broken down by sex, for categories of workers doing the same work or work of equal value.

•Joint pay assessment – Where pay reporting reveals a gender pay gap of at least 5% and when the employer cannot justify the gap on objective gender neutral factors, employers will have to carry out a pay assessment, in cooperation with workers’ representatives.

Better access to justice for victims of pay discrimination:

•Compensation for workers – workers who suffered gender pay discrimination can get compensation, including full recovery of back pay and related bonuses or payments in kind.

•Burden of proof on employer – it will be by default for the employer, not the worker, to prove that there was no discrimination in relation to pay.

•Sanctions to include fines – Member States should establish specific penalties for infringements of the equal pay rule, including a minimum level of fines.

•Equality bodies and workers’ representatives may act in legal or administrative proceedings on behalf of workers as well as lead on collective claims on equal pay.

The proposal takes into account the current difficult situation of employers , in particular in private sector, and maintains proportionality of measures while providing flexibility for small and medium enterprises (SMEs) and encouraging Member States to use available resources for reporting of data. The annual costs of pay reporting for the employers are estimated to be from €379 to €890 or companies with 250+ employees.

Today’s proposal will now go to the European Parliament and the Council for approval. Once adopted, Member States will have two years to transpose the Directive into national law and communicate the relevant texts to the Commission. The Commission will carry out an evaluation of the proposed Directive after eight years.

In Ireland, the Gender Pay Gap Information Bill  2019 lapsed with the dissolution of the Dáil in January 2020. The Bill has now been restored to the Order Paper. Currently, 13 EU countries have binding pay transparency rules in place.

Women on FTSE boards up by...

The Hampton-Alexander Review was an...

The latest data from Balance for Better...