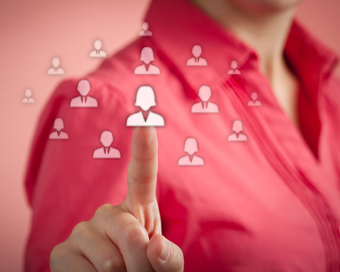 The latest data from Balance for Better Business has revealed that the number of women on the boards of Ireland’s top 20 listed companies has reached 30%, up from just 18% when the initiative launched in 2018.

The Government-sponsored, business-led group, which is tasked with examining the gender mix at Ireland’s leading companies, today {March 4th, 2021} welcomed the achievement of this key milestone but warned that progress is fragile and highlighted the need for equivalent progress to be achieved on executive leadership teams where there is still a serious lack of females.

Appointment rates for women to listed company boards have also improved, according to the latest Balance for Better Business data. Out of a total of 30 appointments since September last year, 10 (or 33%) were female, up from the previous rate of 27%. Among the ISEQ20, the appointment rate was 38%.

Meanwhile, the Balance for Better Business analysis also reveals a small positive increase in gender balance on leadership teams, up 1.5 percentage points to 21% (ISEQ 20 companies moved from 22.2% to 24%).

However, a quarter of ISEQ20 companies worryingly still have no females on their executive leadership team.

Commenting on the announcement, Tánaiste and Minister for Enterprise, Trade and Employment, Leo Varadkar T.D., said: “This is encouraging progress, however there is still a lot more work to be done. When I launched Better Balance for Business in 2018, I did so out of a need to close the huge gap between male and female representation on boards and leadership teams. Today we see that gap is narrowing. There is now 30% female representation when in 2018 it was 18%.

On the contrary, it makes sense that companies with gender-balanced and diverse leadership will do better in the 21st century economy.”

Gary Kennedy, Co-Chair, Balance for Better Business, said: “The data shows that on a number of boards some of the gains in gender balance have been reversed in the period since September of last year. It is also disappointing to see there are still six listed company boards with no female representation. Clearly there is still work to be done in changing minds and cultures.”

As of 1st March 2021, there were still six all-male boards among all listed companies, marking a reduction of 13 since the initiative began in 2018.

The European Commission has today (March...

Progress for women in work could be back at...