In the Spirit of the Olympics 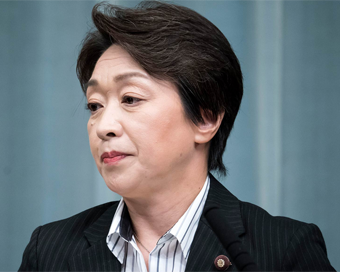 At a time where the ruling party in Japan (Liberal Democratic Party) announced that women would be invited to attend key meetings – as long as they remain silent; and on the back of the resignation of the president of the Tokyo Olympics and Paralympics organising committee, Yoshire Mori, after making derogatory remarks towards women, some good news is welcome.

Japan’s former Olympics Minister Seiko Hashimoto has been appointed as Tokyo 2020’s new president, capping the embarrassing sexism row with just over five months until the virus-postponed Games are set to commence.

The International Olympic Committee (IOC) President Thomas Bach welcomed the appointment and said: “My heartfelt congratulations go to my fellow Olympian Hashimoto Seiko on her appointment as President of the Organising Committee Tokyo 2020.

“Seiko Hashimoto can draw on her rich political experience as a Minister and many other political functions.

“With the appointment of a woman as President, the Tokyo 2020 Organising Committee is also sending a very important signal with regard to gender equality, which is one of the topics we addressed in Olympic Agenda 2020, the reform programme for the IOC and the Olympic Movement. We stand ready to support the OCOG and other organisations in their desired aims within their spheres of responsibility.”

So who is Seiko Hashimoto and what are her aims as she takes up her new role?

Born in October 1964, just before the Tokyo Olympics, Seiko appeared destined to compete in the Olympics. Her father named her after the Olympic flame (seika). She took part in seven Olympics, competing in both speed skating and track cycling. She represented her country in four consecutive Winter Olympics from 1984 to 1994 and in three consecutive Summer Olympics from 1988 to 1996. She is president of the Japan Skating Federation and was Olympic 2020 Minister since September 2019 before recently resigning to take up her new position as Tokyo Olympics president.

On her appointment she admitted that it was a big responsibility – a “sobering” one. Seiko also acknowledged that with only five months to go, safety and security were paramount with  “COVID-19 countermeasures being the most important factor”.

Her role as president is important for gender equality she went on to say: “Diversity and Inclusion is the vision of the Tokyo 2020 Games, but I would like all members of the Organising Committee to confirm this first.

“I would like to create a legacy that recognises everyone, regardless of gender, disability, race, sexual orientation, etc., and build a society where they can coexist.”

Strong words to the Board of Trustees and Directors of the Organising Committee.

A Reuters poll published this week, revealed that nearly two-thirds of Japanese firms opposed holding the Games as planned, in another sign that anti-Olympic sentiment is hardening in the host nation. It found that 36% of companies wanted a second postponement and 29% wanted cancellation. The remaining 35% wanted the Games to go ahead.

It would appear that Seiko has her work cut out for her and her Olympian spirit will be put to the test, once again.

Note: Since publishing this piece, the Tokyo Olympic Games organising committee has added 12 new female directors to its executive board.  Therefore 19 (42%) of their directors are now women.

Digital Age of Consent and...

Children of all ages can completely bypass...

Four Out of Five People...

New research from AIB has revealed that four...