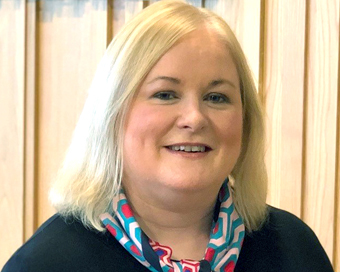 Fidelity Investments® Ireland has announced that it will further grow its national footprint by beginning a recruitment drive for 90 new fulltime positions for its world leading technology team in Ireland.

Work to fill these roles is underway and the company is looking to have all positions filled within the first half of 2021. A sign of the company’s continued commitment to and growth in Ireland, the increased footprint comes on the back of an additional 100 new roles which were successfully filled within a matter of weeks of being announced in early Q2, 2020.

Lorna Martyn is Head of Technology at Fidelity Investments Ireland and is a member of Fidelity’s global technology leadership team driving technology strategy. A visible and vocal advocate for D&I, two years ago Lorna secured the coveted WMB Woman in Technology Award.

The recently announced new positions – 60 of which will be based in Galway, with the rest Dublin-based when it is safe to return to the office – will include Java engineers; full stack engineers; front end engineers; quality engineers and data engineers.

For 25 years, Fidelity Investments Ireland has provided break-through fintech solutions and innovations to the wider global firm to help serve over 32 million customers and their individual needs. The organisation in Ireland has grown steadily from a workforce of 400 in 2013 to 1,300 today.

With recruitment starting immediately, expedited hiring and virtual onboarding will ensure the new team members are closely integrated during the ongoing pandemic and its required restrictions. This was successfully done with over 170 new team members in 2020 when supports including a new hire buddy system and remote tech services were put in place.

Al Riviezzo, General Manager, Fidelity Investments Ireland said: ‘We are excited to be growing our operations in Ireland again. While the pandemic has been a challenge and we’ve had to adjust how we operate today, we know we’ve pivoted in a way where new hires can get excited about working at Fidelity and growing their careers with us.’‘

For more information on the positions or to apply to join the Fidelity team, visit here>>

Less than four years ago, Dublin was...