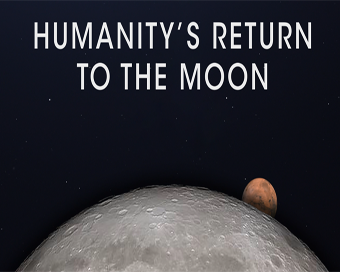 Of the 12 people who have walked on the moon, zero have been women.  NASA’s Artemis Program has a bold challenge to land the first woman and the next man on the Moon by 2024 – returning Americans to the lunar surface, opening the Moon for business, and building a path to Mars.  Last year, NASA’s Administrator Jim Bridenstine said: “I have a daughter. She is 11 years old, and I want her to see herself in the same position that our current, very diverse astronaut corps currently sees itself, having the opportunity to go to the moon”.

Blue Origin’s BE-7 engine program continues its testing at NASA Marshall Space Flight Center. In the last few days, the program kicked off the fourth thrust chamber test series of its high-efficiency engine. Jeff Bezos provided a short video of the test and reaffirmed via Instagram “This is the engine that will take the first woman to the surface of the Moon.”

The question now is – where do I sign up!

Shopping Earlier Due to...

New research from PayPal reveals that one...