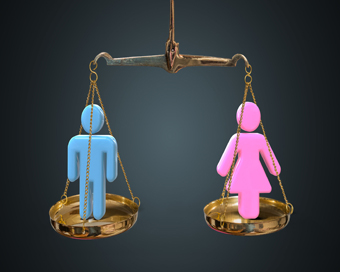 While men occupy the majority of senior positions in the Civil Service, they are more likely than women to perceive gender bias in promotional competitions, according to a new ESRI study published today (2/12/2020).

The study draws on survey responses from 904 Civil Servants within the Department of Agriculture, Food and the Marine (DAFM) from 2018, as well as administrative data from the Department. DAFM has been actively involved in dealing with the challenge of gender balance in their Department, and the 2018 survey was undertaken as a means of determining the road map for future action.

Key findings from the survey include:

Although women are significantly more likely to perceive that they had experienced gender bias within the Department,

…men are more likely to believe that there is gender bias in promotional competitions that favours women.

However, analysis of administrative data on recent promotional competitions showed that there were no significant differences in the success rate of men and women that applied. This suggests a misperception among employees of how the gender balance initiative is implemented within the Civil Service.

Flexible Working in the Department

…over a third of workers believe that using flexible work options negatively impacts their chances of promotion.

The proportion was even higher among those who had availed of leave schemes and flexible options in the past.

…women are significantly less likely to have applied for a promotion in the two years prior to the survey.

•Transparency with employees around how the gender balance initiative is implemented in the Department is needed to address misperceptions surrounding gender bias in promotions. Analysis and dissemination of anonymised competition results can support this.

•Implementation of regular surveys, of the kind carried out by the DAFM, to assist in identifying barriers to gender equality in the Civil Service.

“There is a widespread view that flexible working damages promotion opportunities. Increasing the availability and take up of such options by men would normalise this practice and may help to reduce the perception that take up of flexible work options signals reduced work commitment. It may also help dispel the view that actions to promote equality only benefit female workers.”

The Minister for Agriculture, Food and the Marine, Charlie McConalogue, T.D. welcomed this report, stating “this is part of an ongoing initiative of my Department and is fully aligned with the goals of this Government. While the challenges in achieving gender balance are acknowledged, it is heartening to see the work done to combat the challenges. I am committed to the principle of equal opportunities for all in the workplace as in society”.

He added, “My Department will now examine these outcomes and consider the means by which our work policies will achieve the ambition of gender balance”.

Isolation and a Lack of Team...

The isolation of staff and the potential of...