Are you a Leader – It’s all about Perception! 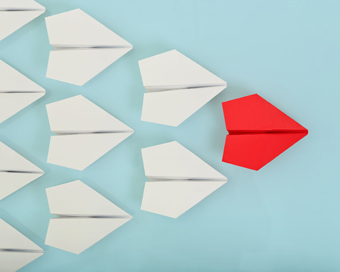 Women Political Leaders and Kantar came together two years ago to create the Reykjavík Index for Leadership – the first measure of perceptions of women and men in terms of their suitability for leadership. The initial findings revealed significant, complex, and deep-seated prejudice towards women – where women were not seen as equally suitable to lead.

Across the G7 group of countries, and in multiple areas of economic activity (such as government/ politics, healthcare, banking, pharma etc), many of the 2018 Index scores fell short of the target score of 100, which indicates a consensus across society that women and men are equally suited for leadership.

This year, the Index was formally launched and presented at the Reykjavik Global Forum – Women Leaders 2020 held virtually last month.  In this abridged Summary version of the third year of Index results, there is a striking absence of progress.

The Reykjavík Index for Leadership 2020-2021 presents findings drawn from the attitudes of over 20,000 people across ten countries – the G7 nations (comprising Canada, France, Germany, Italy, Japan, the United Kingdom, and the United States) along with India, Kenya, and Nigeria. A look at the average score for the G7 countries, tracked across three years, shows very little change: it remains at 73. This can be regarded as the gap between the ‘birthright’ of equality for men, and the everyday reality of women’s experiences with inequality across the world.

“Progress in equality is not guaranteed. As society currently faces significant social turbulence and change, there is a risk that this could get worse.”

The Reykjavík Index was established to quantify levels of comfort in society with the prospect of female leadership. The Index has been constructed based on research exploring the question: “For each of the following sectors or industries, do you think men or women are better suited to leadership positions?”

Sectors like media and entertainment (with a score of 81), natural sciences (also 81), Economics & Political Science (81) and banking and finance (80) scored the highest, meaning women were largely — though not universally — seen as suitable leaders in these areas.

The summary of the Index threw up some interesting findings and here are the highlights:

The most striking finding from the 2020/2021 Reykjavík Index for Leadership is that the average Index score for the G7 has not improved year-on-year, remaining at 73.

Despite movements calling for greater equality between men and women — for example, in participation in politics and business, in equal pay, in equal access to opportunity — the Index shows only a few improvements at a sector or country level. We are not seeing leaps forward in the attitudes of our societies.

In addition, with more women than men now restructuring their paid jobs in the face of the current pandemic, it will impact not just their earnings and career potential, but also their pension contributions, meaning in the medium term, we could see a widening of the pay gap between men and women later in life as well.

As in previous years of research, women are more progressive than men when it comes to attitudes about equality in leadership, with higher Index scores. This is especially pronounced in the youngest age group measured, 18-34-year olds. In Italy, for example there is a 16-point gap between men (61) and women (77); in the UK and the USA this gap is 8 points. The wide gap between scores of men and women in this age group may indicate greater tensions when it comes to the topics of work and equality and could have lasting implications for the future, with stressors in the home, office and wider communities as these differences in opinion of who is suitable to lead embed.

Overall, across all the countries measured, the average Index score for leadership is higher for women than for men. The Index is higher for women in almost every sector, in every country, meaning that women are more likely than men in all countries to perceive men and women as equally suitable for leadership. However, without widespread societal belief in equality, there is a risk that equality for women will remain a ‘women’s issue’ and not receive the attention, resource and weight it requires to sustainably change.

Younger people overall are less progressive in their views

The Index shows that in the G7 countries, overall the youngest age group (18-34) reports lower Index scores than older people. Young men in the G7 show the lowest Index score of any cohort – 67 compared to 76 for their female peers, and 71 for the men in the next age group up (35-54).

Political leadership in a pandemic – who do we think is most suitable to lead us?

Overall, the average G7 Index score for Government and Politics has remained steady at 78 (it was at 77 in 2019 and 79 in 2018). In 2020, it is female leaders who have garnered the most public support of their handling of the COVID-19 crisis.

Countries led by women had “systematically and significantly better” outcomes suffering half as many deaths on average as those led by men, according to an analysis of 194 countries by the Centre for Economic Policy Research and the World Economic Forum. Germany’s Angela Merkel, Jacinda Ardern of New Zealand, Denmark’s Mette Frederiksen, Taiwan’s Tsai Ing-wen and Finland’s Sanna Marin have all been singled out for the way in which they have dealt with the pandemic.

Whether the response of female-led governments or female ministers to COVID-19 will have impacts on how suitable women are seen to be to lead in this profession will remain to be seen in future research.

Positive perceptions of women in leadership in Pharmaceutical and Medical Research, but this is not yet reflected in pay and inclusion

The Pharmaceutical and Medical Research sectors score highly (G7 average Index score: 80) in terms of being perceived as having leadership roles equally suitable for women and men. However, in terms of participation, less than 30% of the world’s scientific researchers are women.

Healthcare and Well-being scores nine points lower in The Reykjavík Index for Leadership (G7 average Index score: 71) than the Pharmaceutical and Medical Research sector (G7 average Index score: 80). In relation to pay gap, in the UK, for example, women GPs earn on average £40,000 (USD 52,000) less per year than their male counterparts – one of the worst gender pay gaps for any profession. The World Health Organisation recognises that across the health and social care workforce, women are substantially underrepresented in management, leadership, and governance.

Economics and Political Science (G7 average Index score of 81) and Banking and Finance (G7 average Index score 80) both score highly in terms of being viewed as roles equally suitable for women and men – and there is a growing number of female role models in this sector. Despite recent high-profile female appointments (Christine Lagarde; Liz Myers; Gita Gopinath…), women are still underrepresented at all levels of the global financial system – the IMF says that women hold less than 20% of board seats in banks and bank supervision agencies; they account for less than 2% of bank CEOs and only 22% of board members are female.

You can download the Reykjavík Index for Leadership here>>

Women Political Leaders (WPL) is the global network of female politicians. The mission of WPL is to increase both the number and the influence of women in political leadership positions. WPL is an independent, international, post-partisan and not-for-profit foundation based in Reykjavik, Iceland (the world champion of gender equality). Silvana Koch-Mehrin is the Founder and President of the WPL Foundation.  Hanna Birna Kristjánsdóttir is the Chair of the Executive Board of the Women Political Leaders Global Forum.

Kantar is a data and evidence-based agency providing insights and actionable recommendations to clients, worldwide. Dr. Michelle Harrison is Global CEO at Kantar Public and Chair of WPP Government Practice. Dr. Harrison is the creator of The Reykjavik Index for Leadership with WPL.

While men occupy the majority of senior...

Towards a more Equitable...

Catalyst is a global non-profit working with...