Work for Nothing – Don’t be so Ridiculous! 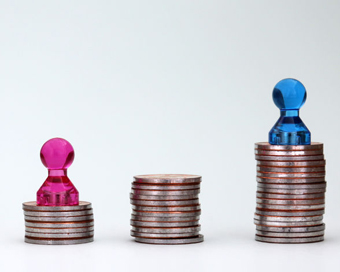 The gender pay gap is the percentage difference between the average hourly earnings for men and women. 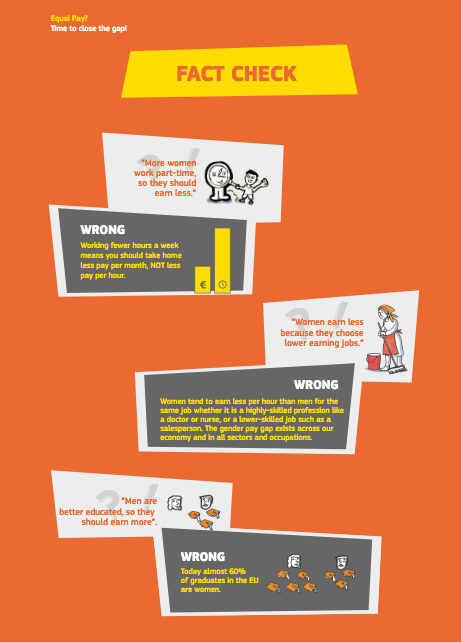 According to the European Commission (Factsheet 2020 on the Gender Pay Gap) it is an indicator of gender inequalities in the labour market. In countries where the female employment rate is low, the pay gap tends to be lower than average. A large pay gap is usually characteristic of a labour market in which women are more concentrated in a restricted number of sectors and/or professions, or in which a significant proportion of women work part-time.

This year the pandemic has highlighted the urgency of addressing the gender pay gap as women are overrepresented in frontline, low-paid, and precarious jobs such as carers for the elderly and children, nurses, cleaning staff, shop assistants and teachers. A gender-sensitive recovery must address the gender pay gap by promoting equal share of care responsibilities, breaking the glass ceiling, and better valorising women’s skills, efforts and responsibilities.

The EU’s gender pay gap won’t be eliminated until the next century at the current pace of change, European Trade Union Confederation (ETUC) research shows amid a delay in promised European Commission action to end the scandal.

The ETUC has taken the unusual step of publishing its own pay transparency directive in protest over the delay to European Commission legislation originally due to be published on European equal pay day. ETUC has written to EC Commission President Ursula von der Leyen to seek clarity as to the reason for the delay and assurances that the directive will go ahead in spite of pressure not to act.

ETUC Deputy General Secretary Esther Lynch said: “Big business likes to pretend that we’re making good progress in reducing the gender pay gap through voluntary measures. But women would be waiting over 100 years for equal pay in Europe if change continues at its current pace.”

Eurostat data shows the EU gender pay gap has closed by 1% over the last eight years! In 2010 the pay gap here stood at 13.9%, the latest available figures show the gap is now at 14.4%!

‘The roots of the gender pay gap are multiple and nuanced. Pay disparity, as measured by the gender pay gap, is not just an organisation level issue, but is rather symptomatic of how we think of men, women and gender, and how society has evolved over time. There are several complex factors that typically lead to a gender pay gap, and often these causes are interrelated’.  (Ibec – Mind the gap: An Introduction to gender pay gap reporting).

In the aforementioned IBEC report  they highlight some key factors that typically lead to a gender pay gap. These include a gender segregated labour market (where women are disproportionately employed in poorly paid professions and underrepresented in well-paid ones); Balancing work and family life (Family, care and domestic responsibilities are not equally shared and are more often borne by women); Availability of quality, affordable childcare facilities and out-of-school hours care; Over representation of women in part-time roles and Discrimination and bias.

November sees countries right across Europe mark Equal Pay Day – a symbolic marking of the day that women effectively stop getting paid, relative to men, due to the gender pay gap until the end of the year.

To mark the day, WorkEqual will release a special online video featuring over 20 Oireachtas members speaking about gender equality and voicing their support for the campaign. An online panel discussion will also take place – on the topic of ‘Why Understanding the Pay Gap is Key to Gender Equality at Work’. Contributors will include:  Laura Jones, Research Associate at the Global Institute for Women’s Leadership;  Andrew Brownlee, CEO of SOLAS, one of the headline sponsors of the WorkEqual campaign;  Emma Kerins, Head of Policy and Public Affairs with Chambers Ireland;  Senator Ivana Bacik; and Professor Michelle Millar, Dean of Students at NUI Galway and academic advisor to the WorkEqual campaign.

The Gender Pay Gap Information  Bill is currently before Dáil Eireann.  When enacted (it is unclear when this will happen) it will require certain employers (over 250 employees) to publish information relating to the pay of employees for the purpose of showing whether there are differences in the pay of male and female employees and, if so, the nature and scale of such differences.

In addition, the Bill will require employers to publish a statement explaining the reasons for any differences. Employers will also be required to provide details of the measures it has taken or proposes to take to reduce or eliminate the differences.

This is a step in the right direction and one that is long overdue.

Through highlighting the gender pay gap and gaining insights through discussion and debate, we have some real chance of identifying the causes and implementing actions to close the gap once and for all.

Senior leaders representing 23 of the...

From tomorrow (November 9th), women in...