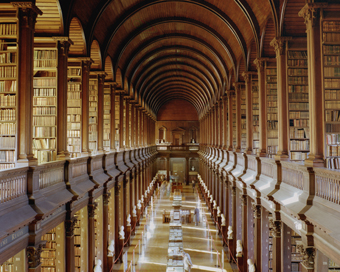 Trinity College Dublin is to commission four new sculptures – all representing women scholars – for display in the Long Room of the Old Library.

The scientist Rosalind Franklin, the folklorist, dramatist and theatre-founder Augusta Gregory, the mathematician Ada Lovelace and the writer and pioneering women’s rights advocate Mary Wollstonecraft have been chosen from a list of more than 500 suggestions.

There are currently 40 marble busts in the beautiful, historic space – all men. As the College recognises that its public spaces must better represent our diversity, it has decided as a first step to introduce a series of sculptures of women.

At the end of last year, Provost Patrick Prendergast invited nominations from Trinity students, staff and alumni for new sculpture busts. Provost, Dr Patrick Prendergast said; “The Long Room in the Old Library of Trinity College Dublin is one of the most magnificent rooms in the world visited by hundreds of thousands of people most years. I welcome this initiative as a step towards reflecting the university’s diversity in such a nationally significant location.”

Following the principles used for previous commissions, nominations were invited using two criteria; the subjects should be scholars and they should no longer be living. They did not need to be graduates of the University and there was no restriction as to nationality.

The panel, chaired by the Provost and including former Registrars, the Librarian and Academic and Collections experts, received well over 500 nominations covering a wide field of fascinating and deserving women scholars.

“As the first woman Librarian in the College’s 428-year history, I am especially delighted to champion this initiative to address the historic inequity in the Long Room.”

Given the strength of the achievements of the nominees, the panel decided on four new commissions, two from the Sciences and two from the Arts and Humanities.

Rosalind Franklin’s scientific discoveries have benefited humanity in several ways. As a fundamental experimentalist, excelling in X-ray crystallography, and despite a career cut short by untimely death at the age of 37, she made two seminal contributions: her impeccable analysis generated key measurements for one of the most transformative advances of the 20th century, uncovering the structure of DNA. Her later work had an equally pivotal impact on revealing the structure of RNA viruses, including early work on the Polio virus. Discoveries in both areas contributed to the awarding of Nobel prizes after her death, though not to her (they cannot be awarded posthumously). While her name is often connected with missing out on a Nobel prize, her legacy is of much greater significance.

Lady Gregory became one of the most significant intellectual and creative powerhouses of the Irish Literary Revival. Her work as a writer, dramatist, theatre-founder, champion of the Irish language, translator, folklorist and social commentator helped define and give voice to the tenets of cultural nationalism in the years leading up to, and after, the establishment of the Irish Free State. Today, scholars look to Augusta Gregory’s ground-breaking work for its artistry, for insights into the country’s complex revolutionary period and to explore the role of language and literature in defining Irish identity as distinct, self-determining and heroic, both nationally and internationally. 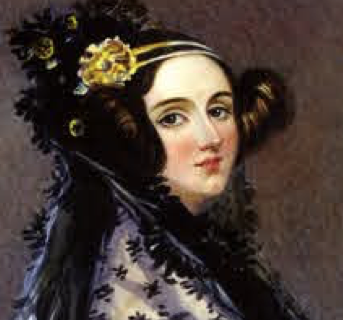 Augusta Ada King, Countess of Lovelace, was the author of an 1843 monograph on Charles Babbage’s design for the first analytical engine (general-purpose computer). To her translation of Menabrea’s report of a presentation made by Babbage in Turin she added her famous Notes, highlighting the potential and flexibility of an analytical engine compared to a calculator. These Notes included an algorithm for computing Bernouilli numbers and presaged computer-generated music, a century before Alan Turing proved that such achievements required properties now intrinsic to computers, which Babbage’s design possessed. Ada Lovelace’s unique contribution was to publish the first recognition of the capacity of a computer to make logical deductions about both numerical and non-numerical objects.

Mary Wollstonecraft was a pioneering women’s rights advocate, and author of A Vindication of the Rights of Women (1792), often considered a foundational text for women’s rights movements. Radical for her time, she argued that all humans have the faculties of rational thought and reason. She also argued that women must be allowed to be educated and to contribute equally to society, stating in A Vindication, “my main argument is built on this simple principle, that if she be not prepared by education to become the companion of man, she will stop the progress of knowledge and virtue.”

The next step will be to issue an invitation for expressions of interest from the artistic community. Following a shortlisting process, the finalists will be invited to submit maquettes of their proposed designs, for which there will be financial support. The realisation of the entire commission process is ultimately subject to finance being available, for which funding is being sought.

Even with this exciting new development, the University is aware that women will still represent only 10% of the busts in the Long Room and that the existing subjects do not represent the ethnic and gender diversity that distinguishes the history of scholarship.

As we develop the next steps in this process, the College will welcome contributions and ideas about how best to reflect the full diversity of academic achievement.