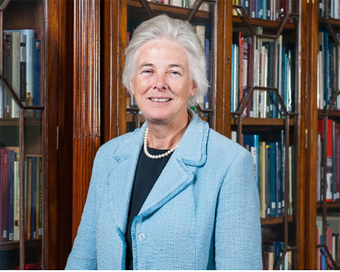 The Citizens’ Assembly on Gender Equality (the Assembly) met virtually on Saturday (November 14) to discuss the topic of work. This is the first of two planning meetings for the 100-strong members of the Assembly to examine this particular topic.

Chairperson of the Assembly, Dr Catherine Day said: “The Oireachtas resolution asks us to identify and dismantle economic and salary norms that result in gender equality and also reassess the economic value placed on the work traditionally held by women. The members will be looking at a variety of areas including the gender pay gap, low pay, minimum wage, occupational segregation, promotions and career advancement. We will also be examining other areas around work and welfare at a second meeting next month.”

There were a number of online presentations to the citizens to assist in their deliberations and discussions. Amongst others, Professor Helen Russell of the ESRI presented on: Gender & paid work and, Gender pay gap: causes and solution; Dr Alicja Bobek of Trinity College Dublin talked about: Experience of work in low paid sectors: Gender perspective and, Professor Damian Grimshaw from King’s College London presented on Country measures to reduce the gender pay gap. A summary of all submissions on the topic ‘Work, Pay and Gender Equality‘ from the public consultation process was presented by Dr. Pauline Cullen, Maynooth University.

There was also a Personal story panel which honed in on the experiences of three individuals – Avril Hannifin, Suzy Byrne and Mariaam Bhatti – each with different challenges, each with a passion to make change happen in their lives and in the lives of others. This session was moderated by Tom Arnold.

In addition, an Advocacy panel discussion on Work & Pay was moderated by Professor of Management & Organisation Studies at Technological University Dublin, Paul Donnelly and included participation from Jennifer McCarthy Flynn of the National Women’s Council of Ireland; Kara McGann of IBEC and David Joyce representing ICTU.  Paul Donnelly gave an informative recap from the panel on the issues and possible solutions around ‘Work & Pay’ which provided great food for thought;

•Address the gender pay gap through such means as introducing a model of gender pay gap reporting and/ or legislating for paid transparency in Ireland and the EU;

•With women over-represented in low-paid occupations, address the problem of low-wage work and in-work poverty through such means as establishing the living wage as the national minimum wage and legislating for collective bargaining for works;

•Address what contributes to certain genders being over-represented in certain rules and occupations and senior positions tending to be held by men through such means as interventions in the education system;

•Address barriers preventing women from fully participating in employment through such means of treating child care as a public service; fully adopting and leveraging the potential of the European Union’s work-life balance directive to have parents and carers to combine their work and family lives; promoting the share of caring responsibilities by men and women; providing every worker with a legal right to flexible working arrangements, and challenging gender stereotypes and norms built into policies and procedures.

It was interesting to also hear from Elizabeth Bowen of the Small Firms Association. Small firms in Ireland employ nearly half the private sector workforce. These firms (companies employing less than 50 employees) make up 97% of enterprises here with 91% of Irish companies employ 10 or less employees. According to Bowen when addressing gender equality and work;

“…we must be conscious that it cannot be about filling quotas, increasing regulation or the cost of labour but must instead focus on the cultural and structural problems that undermine female progression in the workplace”.

On painting a picture of the business landscape, Bowen went on to say that “men in Ireland are three times more likely than women to be self-employed (21.2% vs. 6.9% for women), which is a greater gap than in most other EU member states”.  When considering policy solutions to advance gender equality and work, she suggested it was necessary to understand why some small firms would struggle to improve gender balance within their organisations. For example, due to their size, they may have limited roles and progression rates, limited HR resources and other support systems, and challenges in implementing work options. On the living wage, she said that introducing this mechanism would not necessarily be a solution in reaching equality as it only adds to the costs of Small Firms and might ‘undermine their capacity to retain employees and deliver new jobs’. In addition, due to the wide-ranging terms – collective bargaining which was mooted earlier by the Advocacy Panel, could have serious economic and organisational effects on the small business community.

So what next? Well Bowen believes that: “As an economy we clearly have further to go on gender equality in work and the SFA acknowledges the role that small business owners have in bringing this about. However, to achieve this we cannot place unrealistic costs or regulation on our smallest employers.” She goes on to suggest that;

“Instead, society and our business community would all benefit if issues such as occupational segregation, stereotypes and gender norms were better researched, and actions taken to address them.”

The next virtual meeting of the Assembly to further discuss ‘Work & Welfare’ will take place on December 5th, 2020.

You can access further information and the various presentations here>>

The Gender Equality Index is a tool to...

Isolation and a Lack of Team...

The isolation of staff and the potential of...