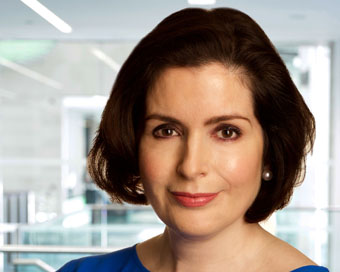 Bank of Ireland has announced the latest recipients of its Gold Sovereign Award for leaders in society who are promoting Inclusion and Diversity.  Entrepreneurs, Katie and Annie Madden*; Women in Business Northern Ireland CEO, Roseann Kelly and Brid Horan, a co-founder of 30% Club Ireland are the 2020 Gold Sovereign awardees.

The gold sovereign is symbolic for Bank of Ireland. In the past, employees getting married were sometimes gifted a sovereign to mark the significance of the occasion. However, for women getting married during the ‘marriage bar’, introduced in 1932 and abolished in 1973, this also signaled the end to their professional career.

In recent years, the sovereigns have been repurposed and are now used to recognise outstanding achievement and leadership in the promotion of Inclusion and Diversity, either through awardees’ chosen career or by advocating for the cause.

The inaugural Gold Sovereign Awards were made in 2019. An external panel of international and Irish business leaders have independently identified and nominated the 2020 awardees.  The awarding panel is made up of Alastair Blair, Accenture; Margot Slattery, Sodexo; Carol Andrews, BNY Mellon; Sean Crowe, Bank of Ireland and Cora Phelan, Bank of Ireland.

Francesca McDonagh (pictured), Group Chief Executive at Bank of Ireland said, “Diversity in all its guises – gender, background or ethnicity – is important to us at Bank of Ireland, which is why we have committed that 50% of all new appointments to senior management roles will be female by 2021.  This has never been truer than now, in the face of a global pandemic when we need diversity of thought to navigate this unchartered terrain.  The Gold Sovereign is a powerful symbol to recognise those who are promoting inclusion and diversity and our 2020 awardees represent outstanding women championing this cause in Ireland today.”

Sean Crowe, CEO of Markets and Treasury at Bank of Ireland and Group Sponsor for Inclusion and Diversity said, “We believe that continuing to develop a more diverse workplace and fostering a truly inclusive environment for that diversity to flourish, will result in more engaged and fulfilled colleagues.   We have been presenting the sovereigns to colleagues who have been driving this agenda in the Bank.  But in order to recognise the commitment at a national level, we’ve asked a panel of business leaders to select inspiring leaders who are advocates for inclusion and diversity.”

*Sisters Kate and Annie Madden are the brains behind FenuHealth, the equine supplement business which they set up a couple of years back while still at school.  The entrepreneurial duo were the recipients of the Sodexo WMB Female Newcomer Award  in 2017 and it’s great to see them going from strength to strength.

Solar AdTek, the leading developer and...