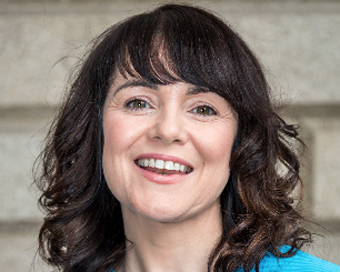 New research from Dublin City University Business School which looks at father-daughter succession in Irish family businesses shows that establishing credibility as the next heir can be particularly challenging for daughters.

Led by Professor Maura McAdam (pictured left) and Martina Brophy from DCU National Centre for Family Business in collaboration with Richard Harrison from the University of Edinburgh, the research highlights how daughters have to engage in greater efforts than sons to overcome perceptions of gender inequality and build a legitimate successor identity, as the role of successor is traditionally male and the right of the eldest son.

Speaking about the study, Professor McAdam, Professor of Management at DCUBS, said: “We focussed on Irish family businesses in which the father chose his daughter to succeed his business, going against cultural and social norms. To be eligible to take part, the father had to be alive at the time of the interviews and each daughter had to have a brother who featured in the business.”

The research team conducted a series of interviews with both fathers and daughters in five Irish businesses in order to examine the strategies and barriers that women must engage and overcome in order to be recognised as the legitimate leader by both family and non-family members and wider stakeholders such as customers and suppliers.

The findings reveal that although daughters rely on certain father-daughter relations such as preparation, endorsement and credibility by association for legitimacy, they also need to develop independently from their father in order to heighten their own visibility and establish credibility.

“While adequate preparation is important for all successors, regardless of gender, this study finds that an early grooming process is particularly vital for the daughter in building a legitimate successor identity” explained Professor Maura McAdam.

Although the father-daughter partnership is important, the findings also reveal that the daughters need to develop independently from their fathers and become highly visible in order to be recognised as legitimate successors.

Key strategies employed by the daughters with regards to leveraging this partnership while also demonstrating their independence included:

•Setting work-home boundaries with their fathers

While the study was based on a relatively small sample, it shows for the first time the specific challenges faced by daughters chosen to succeed in their respective Irish family businesses.

The second Alternatives Marketing at Work...

Enterprise Ireland in collaboration with...