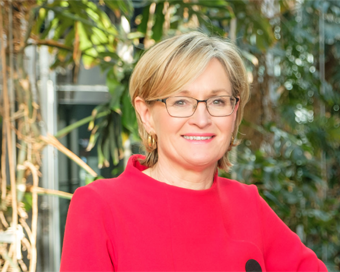 “It’s a great honour to be nominated as a candidate for a role that is so influential in the lives of citizens and businesses across Ireland and the entire EU, as it is to serve as I do as First Vice-President of the European Parliament,” she said.

This nomination was the first step in the process which is in the hands of Commission President, Ursula von der Leyen to propose following an interview process and the European Parliament ratification.

Following these interviews, I have decided to propose to the Council and the European Parliament the appointment of Ms McGuinness to the post of Commissioner.”

Ms. McGuinness will be in charge of financial services, financial stability and the Capital Markets Union. Executive Vice-President Valdis Dombrovskis will assume responsibility for the trade portfolio, and he will remain the Commission’s representative on the Eurogroup, alongside with Commissioner Gentiloni.

Commission President Ursula von der Leyen elaborated on her decision: “Ms McGuinness has significant political experience on EU issues, having been an MEP since 2004 and currently holding the post of first Vice-President of the European Parliament. This experience is crucial in carrying forward the EU’s financial sector policy agenda and ensuring it supports and strengthens the Commission’s key priorities, notably the twin green and digital transition.

This morning, the Taoiseach Micheál Martin T.D. welcomed the selection of Mairead McGuinness as European Commissioner designate and also welcomed the proposed assignment of responsibility for Financial Services to Ms McGuinness.

The Taoiseach spoke with Commission President Ursula von der Leyen this morning, ahead of the announcement. Commenting afterwards, he said, “The Government put forward two candidates of the highest calibre for consideration to be the next European Commissioner from Ireland.

“Mairead McGuinness has represented Ireland in the European Parliament with distinction for sixteen years, and I am confident that she will now be an excellent Commissioner, working for the whole of the European Union.

“I congratulate her wholeheartedly on her selection.”

Unleashing the Power of...

A recruitment and training company has today...