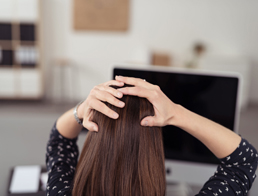 A survey released by Network Ireland lays bare the impact of the coronavirus on women’s businesses and careers in this country. Over 6 months since Ireland began to deal with COVID-19, more than 40% of respondents say doing their job or running their business is getting harder as time goes by.

•Of the restrictions placed on businesses, an equal amount (41%) said social distancing and rostering/remote working were the areas which were proving most difficult to manage.

•Over 60% have availed of state supports for business since March.

•Almost 85% say they haven’t turned to a financial institution for financial support.

•Of those who did, 70% say the assistance they got was in the form of a payment break.

•The vast majority (88%) say their experience in recent months has prompted them to look at upskilling to benefit their career / business.

•Marketing (67%) and Business Development (63%) are the most popular areas in which people would like to expand their skillsets.

President of Network Ireland Louisa Meehan says the survey results provide real food for thought: “It’s striking to see that over 40% of people feel work is getting harder, six months into this incredible time for Ireland. The fact that 60% of people have sought state support to keep their businesses up and running shows how vital these programmes are as we face into a massively daunting winter. Network Ireland members will be working around the clock to ensure their businesses are still around in the spring and with just a few weeks to go to Budget 2021, they need reassurance that the government will play its part in helping their cause”.

Louisa’s also highlighting the importance of education options for women in business. “With nearly 90% of respondents looking to upskill, it’s crucial that appropriate avenues are highlighted and open to people who need enterprise-specific education to maximise the viability of their business”.

Established in 1983, Network Ireland now has almost 1,200 members across 15 branches around Ireland. Each year the Network organise up to 200 events for members. They also run a number of flagship national events. Network Ireland’s annual event this year will be streamed live across the country from the glamorous setting of Powerscourt Hotel in County Wicklow on October 2nd next. You can find out more at eventbrite.ie or at networkireland.ie.

Going for Gold at Network...