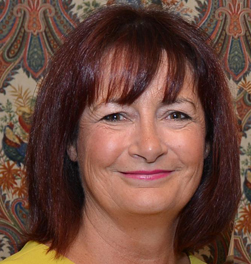 BPW Europe – The Business and Professional Women’s Network, with a membership of over 20,000 women – is represented across 26 countries and has a 90-year history advocating for women.  At Irish, European and International level, BPW works with Governments and NGOs throughout the world to achieve legal and systemic change which addresses issues of discrimination against women.

BPW election results, which were published recently, announced that Galway native Carmen Taheny, will take on the prestigious role of Secretary of BPW Europe later this year.   A previous BPW Ireland President, Carmen delivered the 16th BPW European Conference held at NUI Galway last year which saw over 400 delegates from across Europe attend. In February, Carmen along with BPW Galway was a recipient of People of the Year award.

Current BPW Ireland President, Moyra McMahon said that this was a first for BPW Ireland and that huge credit accrues to Carmen for her hard work over many years and her ability to develop relationships across member countries in Europe.

Carmen Taheny is a Corporate Account Manager with ISPCC Childline and has been advocating on behalf of children since she joined the National Charity 12 years ago.