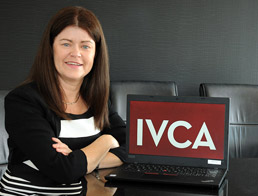 The Irish Venture Capital Association (IVCA) has announced the first woman chairperson in its 35 year history as Gillian Buckley, investment manager with the Western Development Commission (WDC). Gillian takes over from Neil McGowan who has completed his term of office. The IVCA is the representative organisation for venture capital and private equity firms in Ireland.

Born in Co Limerick, Gillian Buckley has over 25 years’ experience in investing, managing and advising SMEs across a range of sectors. She joined the WDC to establish its investment fund negotiating the original €32m exchequer allocation with the Government. She devised the evergreen strategy which has allowed the fund to become self-financing since 2010 and she has overseen the investment of more than €60m in over 200 SME, community and micro enterprises.

Commenting on her election Ms Buckley said, “It’s an honour to be elected the first woman to chair the Irish Venture Capital Association.

“It should be noted that the four most senior roles in the association of chairperson, director general, vice chair and manager are now held by women.”

She added, “The programme for Government recognised the strategic role that venture capital has to play in the Irish economy in these challenging times and post Brexit. The IVCA looks forward to working in partnership with Government to further develop the sector to support more world class start-up and scaling Irish companies.”

Gillian is a business studies graduate of the University of Limerick and is a chartered director and member of the Institute of Directors.

A woman from Donegal has become the Irish...