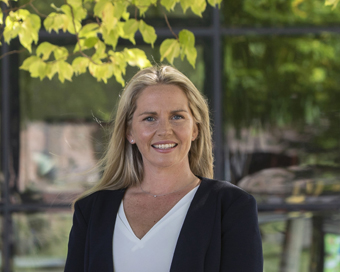 Olive O’Driscoll, co-founder of AventaMed, a Cork based medical device start-up which is set to revolutionise paediatric ear surgery, is pleased to announce that US-based Keith Jansen has joined the AventaMed team as the new President and CEO.

Keith is taking over the reins from Olive as CEO during an exciting time and will lead AventaMed beyond its current start-up phase and into its growth and commercialisation phase. Since it was founded in 2013, AventaMed has secured more than €5.2m in funding and this confidence in the company was instrumental in attracting Jansen to his new position.

Under the leadership of Olive and co-founder John Vaughan, together with their team, Board and Clinical Advisors, AventaMed has accomplished great things. The team worked diligently to develop and validate three products; having its primary patent granted with a further four patents in the pipeline; gained ISO 13485 certification; completed two clinical trials; obtained CE marking for all three products; have treated over 100 patients; and it is now ready to begin clinical trials in the USA to support FDA clearance.

Olive will now work alongside Keith and the team, by taking an advisory consulting position, while remaining on the Board of AventaMed. Speaking about Jansen’s appointment, Olive said, “I am so proud of what we’ve achieved to date in AventaMed, from spinning out of Cork Institute of Technology and becoming an Enterprise Ireland High Potential Start-Up to being commercially available and treating patients in Europe. I am excited to see where the future brings us as we expand into the USA. Our succession team, headed up by Keith Jansen who is based in the US, will focus on the future commercial growth strategies. Manufacturing and other key functions will remain in Ireland where we anticipate additional commercial and high-tech positions becoming over the next two years.”

She continued “Keith joins AventaMed having more than 30 years of medical device experience in global healthcare sales, marketing, and general management; and is ideally placed to lead the company through the next phase of commercial growth.”

Keith began his medical device career at Boston Scientific where he held multiple leadership roles with progressive responsibilities. Keith has extensive start-up and general management experience gained from serving on the senior management team of Cortek, President and CEO at InaVein, LLC, and President and CEO of Vascular Insights. Most recently, Keith was the Senior Vice President, International, for the American Heart Association.

Commenting on the company developments, AventaMed Chairman, Rick Geoffrion said “Under Olive’s leadership, AventaMed has built a strong foundation, positioning the company for future success in both Europe and the USA. We are pleased that Olive will remain an integral part of the AventaMed team and as a Founder and Board member, will work closely with Keith to support its future growth.”

AventaMed offers an alternative solution to traditional ear tube surgery which is currently performed under general anaesthesia in hospital operating theatres. Their innovative product, the Solo Tympanostomy Tube Device (Solo TTD), is an all-in-one device with the ear tube pre-loaded at its tip. Surgeons now have the option to offer suitable patients the Solo TTD procedure in their office or clinic, with as little as topical anaesthetic.

Call Open for New Cycle of...