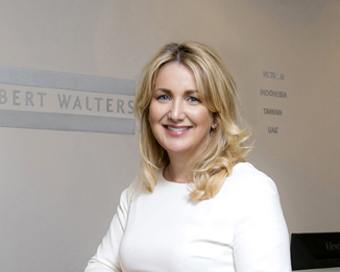 In late March Ireland was placed on ‘full lockdown’ in a bid to stop the spread of the coronavirus. Measures included limiting outdoor exercise to within 2km of your own home, shopping trips for necessities only, and travel to work – but only for those who were not able to work from home. The overnight changes caused instant disruption to businesses and employers, and led to the biggest remote working experiment in history for the professional and white-collar sector.

As companies prepare for the return of professionals to the office, recruiter Robert Walters shares insight gathered from 2,000 global firms and over 5,500 professionals on what the key outcomes and learnings have been from the last few months of remote working.

It was a smooth relocation for almost all

Companies all over the world acted fast to initiate remote working programmes. For most of them the transition was seamless, with a global average of 47% of firms moving employees to a remote work environment within two days and only 61% taking more than a week.

Ireland experienced an even more drastic change – where just 25% of businesses stated their workforce were able to entirely work remotely pre-lockdown. This sky-rocketed amid COVID-19, with 82% of firms being able to push the button on remote working in less than a week.

Of the 82% who were able to do this under 7 days, 66% of these firms were able to transition their staff to remote working in less than 48 hours.

It seems workplaces weren’t the only ones who were happy with the smooth transition, with 73% of Irish staff describing their relocation to homeworking as seamless and 89% being satisfied with their homeworking set-up.

Tech is not our strong point

Remote working has relied whole-heartedly on technology and internet connectivity. Despite a smooth transition overall, it seems the main sticking point for most companies has been in the IT department.

Getting the required IT hardware, such as laptops, in place (75%), IT infrastructure & security (25%), and technology software such as Zoom (25%) were the biggest impact to companies in Ireland when transitioning to remote working.

As a result, half of staff (47%) are expecting their employer to invest in technology that enhances working from home post-COVID.

Almost half (44%) of Irish professionals stated that their productivity has increased since remote working began, and a fifth (18%) of Irish employers agree that work output has improved.

Commute time (73%), more flex in hours (64%), less distractions (58%) and fewer meetings (42%) were the leading reasons why productivity increased when working from home.

As a result, an overwhelming 93% would like to factor in more remote working post-lockdown, with 11% stating that they would like to work from home permanently.

When asked what changes employees expect to the future workplace, they stated more flexibility to work from home (89%), more autonomy and trust (39%), and changes to work hours (16%).

However, despite the unanimous agreement that productivity increased during lockdown, companies are still dubious about allowing more remote working once social distancing measures ease – citing concerns about employee productivity (64%), senior leadership preferring traditional ways of working (57%), and manager’s ability to oversee virtual teams (33%) as the main reasons for not wanting to continue with remote working.

A quarter (23%) of Irish professionals claim remote working has negatively impacted mental health, according to the Robert Walters survey.

This sentiment is mirrored by employers, with 30% of bosses claiming they are concerned about staff experiencing mental health issues on account of social isolation and economic anxiety bought on by remote working and COVID-19.

“Employers should be mindful of these concerns, and if they haven’t done so already should be ramping up the support for staff in this area – whether it be through sharing third party advice and tips, paying for external support, or altering working practices.”

25% of employees are expecting their company to be more focussed on wellbeing when they return to the office, however 31% of companies admit they have not yet considered a return to work strategy.

It does seem, however, that mental health is on the agenda with half (44%) of companies admitting their management team will need to evolve to have a better understanding of mental health & wellbeing post COVID-19.

Louise Campbell adds: “The extended period of remote working means that employers shouldn’t just expect ways of working to return in the same way as before.

“We have now had the joy of no commute, more time with loved ones, and genuine flexi-hours. Professionals have also had time to reflect on their wellbeing and identify trigger points – such as pressure from management or long hours – and so will be returning to the workplace with a heightened sense of awareness towards these issues.

“As companies develop their ‘back-to-work’ strategies, a revised and updated mental health policy should be a part of this.”

It seems there is a long way to go in this department with half (49%) of Irish professionals having never received any form of mental health training at work – including how to manage stress or deal with colleagues with mental health issues.

81% of Irish companies stated that their leadership team has not been equipped to manage teams remotely, yet employers have done little to fix the problem with less than half providing relevant training sessions, and the majority relying on the method of sharing best practice.

A third (30%) of Irish companies believe that a manager’s ability to oversee virtual teams and autonomous work has been the biggest challenge to remote working.

It seems the revised management technique has not had the desired effect, with 17% of employees claiming that the increased number of meetings and managers checking-in more has negatively impacted their productivity.

In addition, 41% of staff stated that increased contact with management led to more pressure to deliver results, in turn having a negative impact on mental health.

Professionals in the Ireland ditched emails (37%), in place of video chats (67%), instant messenger (67%), and telephone calls (44%) – as the lack of physical interaction with the outside world drove professionals to be less formal with colleagues and acquaintances.

The trend took over globally as video calls (70%) became the number one form of professional communication, taking the crown from the age-old email (38%).

We took over our dining rooms

Half of Irish professionals (47%) worked from their dining or kitchen room tables during lockdown – compared to a global average of 35%.

Globally the most frequent remote working location was a home office or study (53%), but it seems Irish professionals were less likely to have this luxury with only a third (35%) being able to work from their home office during lockdown.

The next most popular location on average for the Irish was the living room sofa (15%) and the bed (14%) – with the bed or bedroom as a workplace typically the post popular amongst Gen Z 18-24 year olds (43%).

We have been loving our lie-ins

Over half (51%) of Irish professionals substituted their commute time for extra sleep – the highest percentage in Europe – with this being most likely with Gen Z (83%) and Millennials (53%).

The other most popular ways in which Irish professionals substituted their commute time was exercise (47%), spending additional time with loved ones (23%), completing personal or household tasks (20%), or working more hours (17%).

It appears the Irish were not interested in taking up a hobby, with just 4% of professionals stating that they used their substitute commute time to take up a new skill.

According to the Robert Walters survey, an overwhelming 82% of Irish professionals stated that a lack of physical interaction with the team was the leading cause of a decline in mental health.

On average, professionals in Ireland socialise with colleagues outside of work at least twice a month – and during lockdown colleagues ensured they kept this up virtually, with three quarters (71%) stating that they stayed in touch with colleagues in a non-work-related capacity.

Over a third (35%) of professionals stated that they spoke to their colleagues multiple times a day, with a further 40% stating that they would reach out at least once a day.

It seems the Irish are also big fans of the virtual quiz, with 19% stating they used online games as a way to stay in touch socially with their colleagues – double the global average (8%).

The Future of Workplaces and...

A new snap poll survey by the Institute of...

The smooth reopening of the early years...