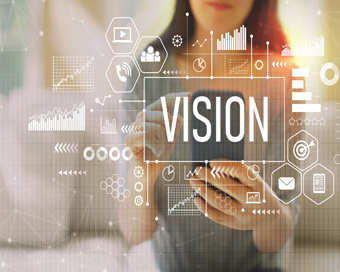 The 2019 Women in Leadership annual report published by DCU Equality, Diversity and Inclusion has found a 13% increase in the number of women at the Full Professor grade at DCU over the past five years. At the end of 2019, the percentage of Full Professors who are women was 33%.

Over the past five years, this represents an increase in the female to male ratio of 1:4 to 1:2 at the Full Professor level at DCU.

At the launch of the fifth annual report today (June 10th) via a virtual event, it was also noted that women in professorial roles at the university has increased over the same time period from 36% to 52%.

Furthermore, the percentage of females in Associate Professor and Assistant Professor posts at DCU is now over 40% for each grade.

The DCU Women in Leadership suite of initiatives was launched in November 2015 in response to the issue of gender imbalance in academic leadership, an issue common to all Higher Education Institutions across the country.

The various initiates series have led to a range of activities that have made a significant contribution to promoting gender equality, developing leadership skills among female staff and building a more inclusive university culture for current and future generations.

Today’s launch was also marked with a “fireside chat” event with the former President of Ireland Mary McAleese and the President of DCU, Professor Brian MacCraith.

Key highlights from the 2019 Annual Report include:

Gender Balance Academic Posts
At Full Professor level, there has been an increase of 13 percentage points over the past 5 years from 20% to 33% – with an increase in the ratio of female to male at this level from 1:4 to 1:2.
At Professor level, the highest increase of 16 percentage points over the 5 years was observed from 36% to 52% – with this level joining Associate Professor and Assistant Professor in achieving over 40% for each gender.

Project 50:50
Introduced in 2017 as part of the DCU Women in Leadership suite of initiatives, Project 50:50 represents a commitment by DCU to name 50% of its major buildings and lecture theatres after inspiring female figures. Key to this initiative are recognition, visibility and inspiration. In 2019, DCU advanced its commitment, under Project 50:50 as on May 14th 2019, a special ceremony took place to mark the official naming of the Veronica Guerin Lecture Theatre in the Henry Grattan Building.

The President of DCU, Professor Brian MacCraith said, “The suite of initiatives developed under the umbrella of DCU Women in Leadership has made a major contribution to promoting gender equality, developing leadership skills among female staff and building a more inclusive university culture.

The data contained in this report show significant progress but the journey to equality is far from complete.

There is a lot more work to be done with regard to equality, diversity and inclusion, but these trends are very encouraging.”

Sandra Healy, Director of the DCU Centre of Excellence for Diversity and Inclusion said,  “The DCU Women in Leadership set of initiatives was designed to address gender imbalance at DCU and it was recognised as ‘best practice’ by the UK Equality Challenge Unit in 2016. This report is a testament to DCU’s ongoing commitment to equality, diversity and inclusion at all levels across the University, and we are proud to highlight the progress we have made over the past five years.”

The Law Society of Ireland has warmly...