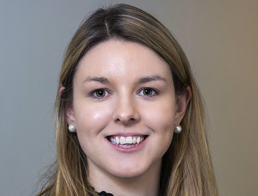 Indeora, a healthy magnesium based deodorant, has been nominated alongside a range of global brands in the Best in Wellness category of The Vogue Beauty Awards 2020.

The deodorant spray, scented with natural coconut and vanilla oils, was created by Meath woman Eimear Tully and it took over two years to research and develop. The healthy deodorant spray was launched in 2019 and it has been gaining traction both in Ireland and the UK and has plans to launch in US soon.

The product is currently stocked in over 85 pharmacies and health stores around the country and is also available to buy online via indeora.com  and through an online wellness site in the UK.

A few months after being selected as a top pick by Vogue Beauty and Lifestyle Director, Kathleen Baird Murray, Indeora was nominated by The Vogue team in their 2020 Global Beauty Awards. Voting by the public is taking place until midnight Sunday, May 17 and the full list of winners will be announced in British Vogue’s August 2020 issue.

Eimear Tully, Head of Operation and Indeora founder says: “It was a huge surprise to find out that we were nominated. I am very proud of the fact that all our development and manufacturing is done here in Ireland and it’s amazing to see an Irish made brand shortlisted among some very large global beauty brands. Our healthy deodorant has been well received generally and this nomination by Vogue shows that there is a growing movement towards health and wellness products in the world of beauty.”

Eimear is a participant on Starting Strong, a sister programme of the award-winning  business development programme Going for Growth, which assists ambitious female entrepreneurs to achieve their growth aspirations. It is supported by Enterprise Ireland and KPMG.

Eimear said she was inspired to create her own deodorant after struggling to find a natural deodorant that suited her. “I grew up with asthma and used antiperspirant sprays for years but it affected my breathing, so I tried many of the natural ones available, but I felt they could be improved on in terms of effectiveness and ease of use. After I conducted some market research and got positive results, I decided to delve further into research and development to create a simple and healthy alternative for underarm care.

“I’ve been running a lot of the operations by myself since we launched and sometimes it can be tough, but in 2019 I joined the Starting Strong program and have been blown away by the support and guidance I’ve received. It, has provided me with an invaluable network of likeminded and supportive women and I know it’s a group I will be part of for years to come.”

Triskel are delighted to announce the...

The Board of Governors and Guardians of the...