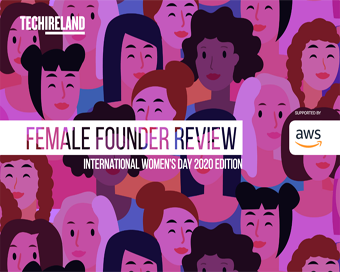 TechIreland has released its Female Founder Review for 2020 to coincide with IWD news & events. The review has lots of statistics on female-led tech businesses, to include sectorial information, regional spread, investment levels and so on.

According to Niamh Bushnell, Soapbox Labs, TechIreland is tracking 427 female founded tech companies in Ireland, that’s 64 more than last year. She acknowledged that “While funding for female founders was lower than in 2018, it went to more companies and it was more equally spread.”

On closer examination of 2018 v. 2019 figures, two large rounds in 2018 (to Nuritas & TransferMate) represented €51M with the balance of €47M invested in the remaining 45 companies.  In 2019, 49 companies raised €51M with only one outsized round of additional €12M going to Dr, Shirley O’Dea’s Avectas – the company is focused on vector-free delivery of advanced therapeutics, ex vivo. 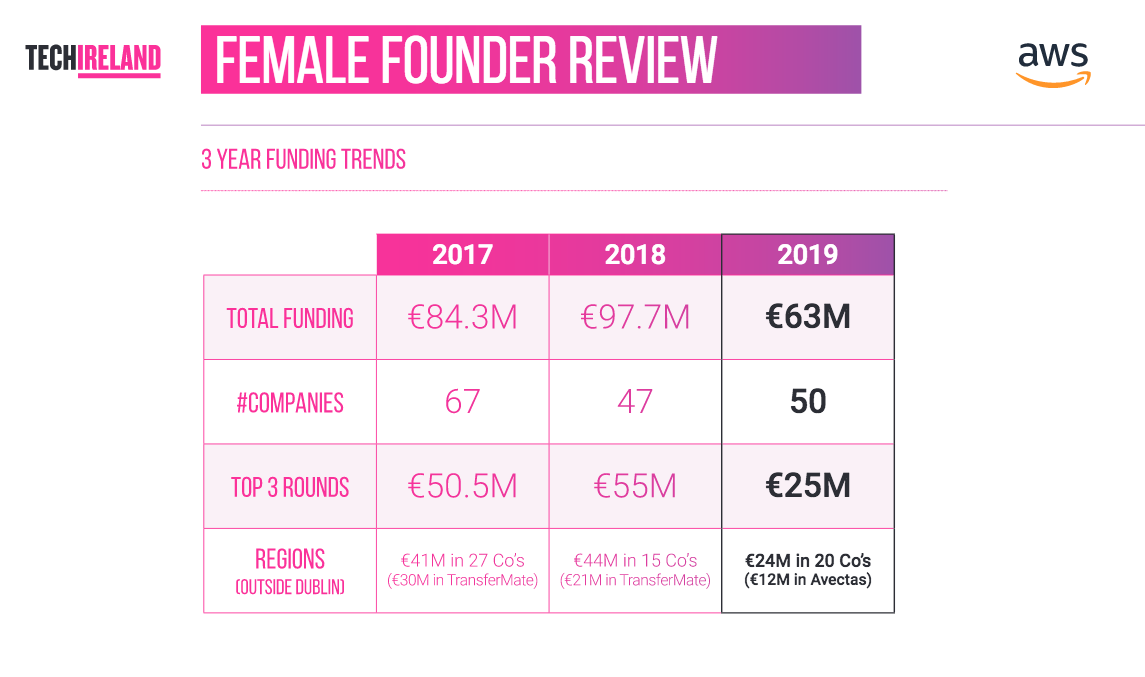 Within the next decade it is estimated that up to a third of the global workforce could be in newly created jobs in a more automated world. Ulster University’s Dr Shirley Davey remarked that while female tech founders are in the minority, it is heartening to see that female founders are now leading more than 60 disruptive deep-tech companies in AI, IoT, Blockchain, AR/VR, Machine Learning and 3D Technologies in sectors such as Health/Med-tech, Education and Agri/ Food.

It’s important that more focus and available funding is allocated to Female-led companies especially those working in tech. Enterprise Ireland through initiatives such as their ‘2020 Action Plan for Women in Business’ their ‘High Potential Start-Up’ (HPSU) division and their recently announced ‘Formula for Success’ will continue to help entrepreneurs in realising their ambitions.  According to Jenny Melia, Manager, HPSU Division, Enterprise Ireland: “The number of High Potential Start-ups (HPSUs) led by female founders has trebled in the past eight years to 22%.  EI has a target of 30% female HPSU founders by 2025, with funding to supports such as the Female Founder Competitive Start Fund, the Innovate Program and sponsoring Going4Growth program.

You can download the TechIreland Female Founder Review 2020 here>>

Is Mentoring Hitting the Mark!

94% of women state mentoring would help...