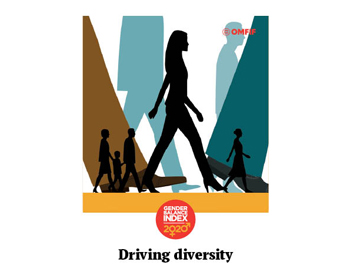 Gender balance in central banks is improving but progress is slow, reveals index and report from Mazars and the Official Monetary and Financial Institutions Forum (OMFIF).

Central banks and other financial institutions are implementing measures to improve gender diversity within their ranks, but still count too few women in senior roles.

The OMFIF Gender Balance Index tracks the presence of men and women in senior positions at central banks, sovereign funds and public pension funds. The study, now in its seventh year, scores and ranks institutions based on gender balance in their management and boards

Spain tops this year’s Index with a score of 92, followed by Aruba, Iceland and Malaysia.  Out of 173 central banks, 78 saw an improvement in their scores, suggesting that more women are being promoted to executive roles or appointed to boards.  That said, according to the report ‘In Ireland Sharon Donnery, Deputy Governor of the Central Bank, was overlooked for promotion to the top post upon Governor Philip Lane’s move to the ECB. Instead, the role went to Gabriel Makhlouf.  Ireland is not an isolated case though. The Eurosystem remains largely unbalanced, with Christine Lagarde’s appointment to the ECB contrasting starkly and visibly with the 19 male national central bank governors.

Financial Institutions are Moving in the Right Direction

But progress is slow. The Gender Balance Index finds:

•Gender balance in central banks has improved for the second year in a row, but the global score remains at 27.5 (a score of 100 means perfect balance.)

•One in five central banks has no women in senior positions, unchanged from last year.

•Only 14 central banks globally are headed by a woman, including the European Central Bank led by Christine Lagarde, its first female president.

•15% of central banks reserve seats for women on their board of directors or monetary policy board.

•54% have implemented a gender diversity programme.

The vast majority of central banks do not have gender quotas for senior management positions. An overwhelming 84% of the sample do not have a gender quota for their board or directors or monetary policy board. Some organisations said that while they do not have a quota, they have a target, in most cases that one-third of positions should be filled by women.

European Pension Funds are Ahead

European public pension funds perform the best for gender equality and are the most improved among the three institution types covered by the survey. There are 36 female chief executive officers of pension funds in Europe, compared to last year’s 31 – out of 191 funds. Denmark’s pension fund for state-registered nurses and medical secretaries score a perfect 100 in 2020. 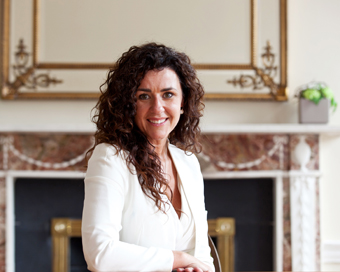 In the run into International Women’s Day, Joanna Murphy, CEO, Taxback.com commented on the findings and believes that diversity of all kinds is paramount in any business or institution. According to this successful woman who means business: “Diversity must permeate the entire organisation – and is especially important in decision making roles.  Research has shown that a lack of gender representation at management level can have a significantly negative impact on how that organisation performs, yet bias continues to be ingrained in workplaces and in discussions about how to best fill senior roles in particular.”

Joanna further elaborates: “We welcome reports like the CBI’s Gender Balance Index because they promote accountability. Gathering data like this on a continuous basis is an effective way of looking at how far organisations and institutions have come – and how far they have yet to go.”

Putting it into an Irish content, Joanna goes on to explain that: “Last year’s Index showed that Ireland’s Central Bank has gone from not having any women in key roles 20 years ago, to comprising almost 50% of the workforce. That’s progress. But continually assessing this progress is the only way we will ensure it continues.

In the years 2012 to 2016, men were appointed to approximately eight in every ten senior positions in financial organisations in Ireland. These numbers show the stark reality of a severe lack of representation of women in the finance industry in recent years.”

This is not just an important ‘women’s issue’ Joanne stresses: “A lack of diversity in our workplaces, and workplace demographics that do little to reflect social diversity, has ramifications across the board. Indeed there has been much international research on the topic, which illustrate the positive correlations between diversity and increased employee performance. So the challenge in essence is to change the corporate mindset towards seeing people as individuals – not simply as one gender or another, or a particular race or ethnicity.”

To mark International Women’s Day, an...