Is Mentoring Hitting the Mark! 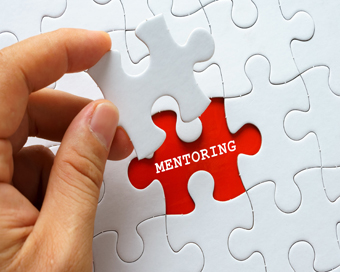 94% of women state mentoring would help their career, however almost half of Irish employers (45%) do not offer such schemes.

In fact, despite 68% of women stating that a mentoring programme would be useful to them at the outset of their career or when starting a role with a new employer, the majority of schemes in place (48%) are focussed only on high potential staff who are about to become a manager or at management level and above.

The findings come from a 3-part research series from global recruiter Robert Walters, who surveyed 4,500 female professionals across Ireland to coincide with recent IWD activities.

Louise Campbell, Managing Director of Robert Walters Ireland: “It is clear from this research that mentoring schemes are regarded by women in professional careers to be one of the most important strategies for achieving career development – and this demand is from junior level right through to board level.  “What this report highlights is that not enough women are involved in the development of mentoring schemes, and that as a result the success rate is far lower than it should be. “Mentoring schemes need not be complicated, or process driven for an employer, it just needs to be delivered with meaning and the right level of support from people who truly see the value of how this can empower women.”

•78% of women said that they would find it valuable to have a mentor from another organisation, but just 16% of employers offer to help with this

•75% of female professionals also see the value in formal networking opportunities, yet only 32% of employers offer this

•67% of women would like to see more fast-track career progression schemes, yet only 18% of employers offer this

•59% believe mentoring programmes aimed at professionals returning from a career break is important, but just 8% offer this.

The Case For Mentoring

63% of women state that such mentor or leadership-type programmes are important to help them improve their professional confidence, whilst a further 62% said that they offered a valuable opportunity to learn from someone else’s success.

53% of women also said that mentoring programmes offered a useful opportunity to help them build relationships with senior stakeholders within their organisation.

When interviewing women who have participated in a mentoring programme; 81% reported using the scheme to discuss how to achieve career progression, whilst 56% sought advice on how to address conflict at work.

The popularity of mentoring programmes is further reinforced by the fact that some professionals are prepared to organise and fund them privately. In fact, the Robert Walters study found that 14% of Irish professionals had paid for mentoring and career coaching themselves – almost double that of men.

Whilst the focus for companies as of late has been on female mentoring programmes, just 13% of women have stated that it would be important to have a mentor who was the same gender as them.

Interestingly, less than half (48%) of people who had been mentors received training from their organisation on how to be an effective mentor.

In addition, 19% did their own research online while 23% asked other professionals who had previously been mentors.

Almost a third (28%) of Irish professionals who had been mentors said that they did not do any preparation for their role, potentially hindering the effectiveness of any scheme. What’s more, it appears companies are not doing enough to raise awareness of the opportunity to become a mentor with only half (47%) of women within an organisation knowing that it was possible to become a mentor – 12% were uncertain whether their organisation offered such an opportunity.

Half of Irish employers (53%) do not collect feedback on the success of their mentoring scheme – raising the question as to whether such schemes are improving with the times.

TechIreland has released its Female Founder...

Over 81% of business leaders now regard...