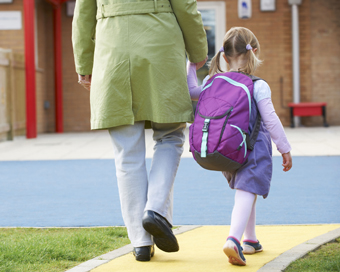 Network Ireland has revealed details of its survey conducted to examine the pressures on women’s lives in Ireland today in advance of International Women’s Day. Almost 500 women across the country participated in the online survey which invited women to have their say on issues like employment, childcare, health and their online experience.

•  Among participants who are parents, half (49.3%) report that the cost of childcare has made them consider giving up work

•  Over three-quarters (77.49%) of women say they deal with work-related emails and calls outside of working hours

•  6 in10 (60.8%) respondents say they have put off addressing their own health concerns because of cost

•  Of those, 1 in 5 reported their experience to the relevant website/operator/Gardai, while almost half (46%) chose to ignore it.

“The fact that so many women consider leaving work because of the cost of having their children cared for is distressing.

This is not a choice women in Ireland should have to make. More must be done to support them to continue in their jobs, which 92% of respondents said they like, while ensuring they have access to good childcare. Having children is not a reason to hold women back from progressing their careers–- it sends out the wrong message to women and to their families”.

Louisa said the survey results relating to the pressures of modern life should ring alarm bells: “Nearly 90 per cent say they feel overwhelmed at times – and over a quarter of those face it on a daily basis – where are the supports for these women? Additional government resources must now be put into helping women cope with the many demands on their talents and resilience”.

The survey’s been released ahead of International Women’s Day 2020, an occasion that’s very close to the hearts of Network Ireland members. The dynamic business group held their annual event marking the date at Tulfarris House in Blessington County Wicklow recently, with official partners AIB. Germany’s Ambassador to Ireland, Her Excellency Deike Potzel and International Mental Health Wellness Consultant Rona McBrierty were among those sharing their insight and expertise with delegates, while broadcaster and founder of SpeakEasy Communications Clodagh Walsh was MC on the day.

Gourmet Food Parlour has been named as one...