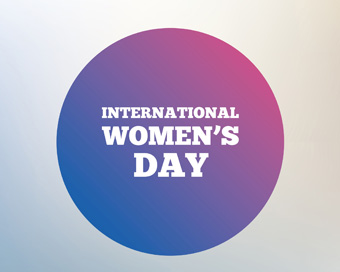 To mark International Women’s Day, five amazing ‘Pioneering Irish women’ are celebrated in a set of colourful new stamps from An Post.

Carmel Snow, Editor-in-Chief of the influential US ‘Harper’s Bazaar’ magazine from 1934 to 1958;

Maureen O’Hara, a renowned Hollywood film actress and recipient of an honorary Academy Award in 2014;

Lilian Bland, the first woman in the world to design, build and fly an aeroplane having built the ‘Mayfly’ in 1910, and successfully completed her first flight that same year;

Maeve Kyle was the first woman to represent Ireland at the Olympics in 1956, and also Ireland’s first triple Olympian;

Sarah Purser, portraitist and stained glass artist was the first female member of the Royal Hibernian Academy in 1924.

Commenting on the new stamps, Debbie Byrne, Managing Director of An Post Retail said: “Some of these women are practically unknown, their names strangely absent from the history books and rolls of honour.  To mark International Women’s Day 2020, An Post is proud to shine a light on these women’s remarkable achievements so that we can all be inspired by their courage and determination.” 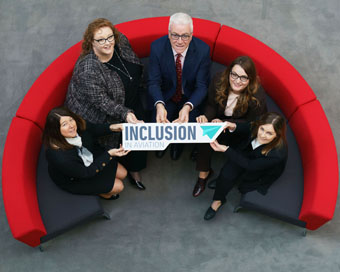 To mark International Women’s Day, an event was held at the Irish Aviation Authority –Embracing Difference to Drive Success – which explored themes relating to inclusivity and in particular, some of the current challenges faced by the industry in creating a more diverse and sustainable talent pipeline.

The event is part of a number of activities being undertaken as part of the ‘Aviation Industry Year of Inclusion 2020’, which is an initiative of the Aviation industry, supported by Government and in partnership with the DCU Centre of Excellence for Diversity and Inclusion. It aims to grow knowledge and build awareness around inclusivity, with a specific focus on increasing the representation of women in aviation.

Speaking at the event, Sandra Healy, Director of the DCU Centre of Excellence for Diversity and Inclusion said: “The desire for more inclusivity within the aviation industry is evident from the many organisations we are engaging with. The path to getting there is what this programme and partnership is about.

“The aviation industry is incredibly dynamic and the potential for growth is substantial but competition for good people remains a big concern. Creating a cultural shift from within is vital to attracting more female talent and the appetite from the industry to do that is clear.

“Through this initiative we are creating actions that are meaningful and tangible for organisations. We have kicked off a large body of research which will deliver the first real insight and benchmark for the industry.  Out of that we will develop an Action Plan to support organisations on their inclusion journey making the sector more appealing to a wider pipeline of talent.” 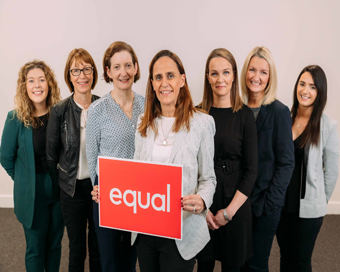 Workplaces enjoy better productivity and more innovation when gender diversity is balanced, according to Orlaith Lawler, Site Director of Co Clare-based biomedical device maker Beckman Coulter where more than half of the company’s managers are female.

The Tulla-based company, which employs 420 people, is one of the biggest employers in the Mid-West. As it marks International Women’s Day (IWD) 2020 on March 8, it is continuing to develop its links with local schools to inspire more female scientists as well as recruiting more women scientists, technicians and engineers than ever before.

The company will mark IWD with a special ‘pop up’ photo-exhibition featuring some of the stories of its Co Clare-based female employees.

Beckman Coulter Site Director Orlaith Lawler says equality is not a women’s issue, it’s a business issue. “We are proud to be involved in work that impacts very positively on women’s health – and which empowers women. As a site, we are also very proud of our current gender diversity.

“We currently have a 48% female and 52% male split which strengthens through to middle level management with 53% of our managers being female. One of the Core Values within Beckman Coulter is that the best team wins – and we really believe that gender balance support this. Ensuring we have strong female representation, means that as part of our overall Diversity and Inclusion program, we are more productive, more innovative, more engaged and are a better team as a result.

“I think it is very important that we highlight and support International Women’s Day. We need to show the generation following us, both male and female, that the current situation is just not good enough even though we have come so far. There is still so much that needs to be done.”

Putting a Focus on Employees...