Will You Be My… Business Partner! 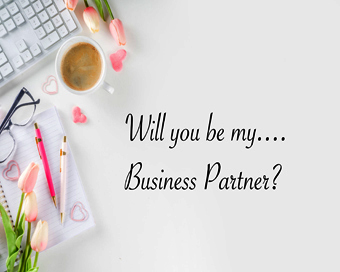 As every business owner knows being your own boss has its ups and downs. The long hours and uncertainty can be difficult when balancing personal and family commitments.

But what happens when the couple are partners in life as well as in business? Four couples tell WMB how they balance their relationships and family lives with the demands of their businesses. 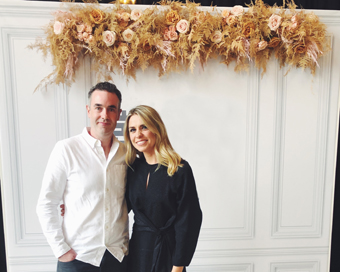 Husband and wife team, Rachel and Brian Nolan launched Nobó, seven years ago. The company which started out making dairy and gluten-free ice cream with coconut milk and avocado, added a range of chocolate two years ago, using coconut and cashew nut butter to give it a creamy texture.

Rachel had been working in advertising and Brian in finance, but they shared a passion for food and dreamed of setting up a food business together. They decided to try out working together, moving to Italy for six months to work in a kitchen there.

Their test run was a success, so they decided to take a leap of faith and start a company together. The early years were hectic – the couple got married during their first year of business and have since had two sons. While they look after their areas of expertise, they come together on the bigger strategy decisions, branding, and decisions on new products and flavours.

The challenges of being life and business partners are what you would expect, Rachel says. “We spend a lot of time together. So we try to bring new interactions and develop interests outside of work and home so that we can have new stuff to talk about.

“We work very much as a team, both at home and in the business.” She says being their own bosses has allowed them a great quality of life and greater flexibility around family life.

But she doesn’t think that every couple can work together or would want to. “Friends say to me, ‘I could never work with my husband’. And I joke and say, ‘well, don’t.’

“You go through so many highs and lows, but it’s amazing to be able to celebrate the highs with your life partner who is your work partner.” 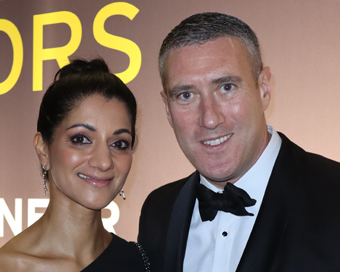 Meanwhile, Sonia Deasy who set up Pestle & Mortar with her husband Padraic in 2014 has worked with her other half since they got married 16 years ago.

They ran a portrait studio together while raising their five children – now from ages  15 to 9 – before setting up their award-winning skincare company. Sonia who took part in the ViewPoint panel at the 2017 WMB Awards says they are both so passionate about their business that they never stop talking about it. “We could talk for hours and hours. The kids would be like, ‘Oh my god,’ but we never get sick of it.”

Roles and responsibilities are very clear. Sonia takes care of new product development, branding, press and PR. Padraic is in charge of sourcing and overseeing business processes and development. “We’re good at different things. So we don’t step on each other’s toes. So I’m more the face of the brand, whereas that would be Padraic’s worst nightmare.”

Coming from similar backgrounds has helped them to navigate the highs and lows of business ownership, Sonia says. The couple grew up in the same town and started going out when they were 26. Both sets of parents are self-employed, and apart from summer jobs, neither of them has worked in a “proper job”.

“We understand that if your business isn’t going well, you’re not going to get paid. I think self-employment is a lifestyle choice. It’s for some people, and it’s not for others.”

The company is going from strength to strength, the team of two has grown to 27 and to fulfil the demand for its products from QVC shopping channel and contracts with 45 Marks and Spencer outlets in the UK among others, they recently moved into a new 10,000sqft premises in Naas. The couple gets on so well that they even share an office at work! 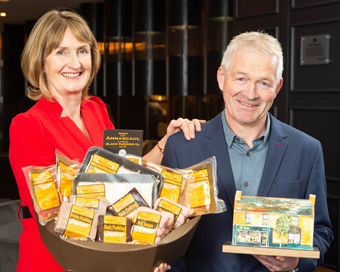 Eileen Ashe runs Annascaul Black Pudding with her husband, Thomas. Thomas took over the rural shop in the village of Annascaul in Co Kerry from his parents in the early 1990s. He continued making the black pudding his mother had made, selling it to shops in Dingle.

The couple got married in 1995 and Eileen was working part-time while raising their four young children, while helping out in the business. At that stage, funding from their local enterprise board enabled them to expand production to include white pudding and sausages.

Then the recession hit, and Eileen decided to take a career break to keep the business going. They got through the tough years and now supply between 60 and 70 shops including their local Dunnes Stores, and a number of restaurants including The Chart House in Dingle.

She and Thomas are likeminded, and both of them understand the importance in small businesses of the personality of the owners and their ethos, supporting local as well as “having a product we’d want on our own table.”

Eileen touts their signature product, black pudding, as a healthy food. They use fresh blood and the product is low in fat and rich in iron. The basic recipe hasn’t changed since 1916 when the shop first opened – except for the addition of herbs and spices.

Achieving a work-life balance with family and running a food business is challenging, she says. However, the demands are counterbalanced by bringing up a family in a lovely place, and some degree of flexibility in that one or other of them can be available for the kids.

“You have to work so hard, particularly in the early stages that sometimes that personal time can get lost.” Her advice for other couples who are in business together is to have shared and independent interests outside of work so that it doesn’t take over. 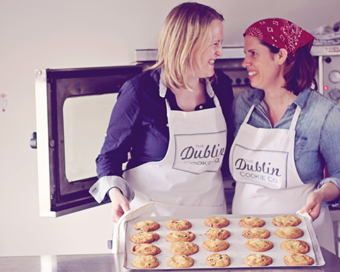 Jenny Synnott and Elaine Cohalan of Dublin Cookie Company spent two years selling their American style cookies in markets and festivals, before opening a shop in Dublin’s Liberties four years ago. The couple who won the Sodexo WMB Female Newcomer Award in 2016 and got married the same year, say that learning how to talk about something else besides work has become a discipline. Jenny admits that they do sometimes set time limits on shop talk, especially when they go on dates.

“One of the challenges is one of the best parts of working together, and that’s we have completely different approaches to nearly every situation in life.”

Complementary skills and strengths help them to find a balance. Jenny is the baker while Elaine is more methodical and has a “helicopter view” of the business, Jenny says. “Where I might be more creative or get carried away with projects, Elaine can keep an eye on every single thing that’s happening and keep all the plates spinning at once.”

They stay focused with regular structured meetings and an AGM where they set out the goals for the following year.

“Work used to be all we talked about and then we had a child,” Jenny laughs. The addition of their daughter, Cate – now one and a half – has given them a different focus.

Elaine has since taken up a position with the National Adult Literacy Agency while remaining part-time in the business. Jenny says they wanted to mitigate the risks of having both of their futures tied into one endeavour.

With Cate in a creche nearby, the flexibility of owning the business is a big bonus – Jenny says if Cate is ever sick, she can pop over there, collect her, and go home.

Although she’s not sure if they’ll get to celebrate Valentine’s Day as it’s one of the shop’s busiest weeks of the year, Jenny says they might have a glass of wine and watch a film without thinking about work!

How many bankers and business leaders are...

Always Believe in Yourself