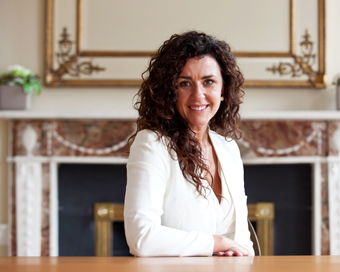 The gender pay gap is real and palpable in Ireland’s workplaces – so say 69% of Irish taxpayers in the first instalment of Taxback.com’s Taxpayer Sentiment Survey 2020.

The survey, which looks at the attitudes of Irish people towards work related issues such as pay, gender discrimination and challenges in the workplace, asked over 2,500 of Taxback.com’s customer database their views.

Speaking on some of the primary findings in relation to gender pay, Joanna Murphy (pictured), CEO of Taxback.com, says: “There are no big surprises in terms of the fact that almost 7 out of 10 (69%) people believe the gender pay gap to be a real issue. If anything, what is surprising is the number of people who don’t see it as an issue. 25% of women say they don’t believe in its existence, while 37% of men also feel this way. Conversely, 31% of women have actually seen or experienced it, whereas this is a reality for just 15% of men.”

While legacy issues are seen as the biggest factor behind why a gender pay gap still exists today, the investment that employer’s make in their male and female workforce also appears to be a significant factor.  “Amongst the people who agree there is a gender pay gap, the most popular explanation is that men have traditionally always been paid more than women, with lack of investment in women’s careers being cited as the second. Strangely, different career selection and men ‘asking for more money’ aren’t seen as major factors,” explains Joanna.

Findings from the survey also suggest that maternity and raising a family is not as prevalent an issue for people when it comes to gender pay, but that again the gender divide was obvious here – with 21% of women believing family to be a big factor compared with 13% of men.

Aside from gender related issues, the survey also reveals some interesting viewpoints when it comes to the rationale behind higher pay in the workforce. According to Joanna “Automatic entitlements when it comes to pay is definitely an area that is worth looking into. I was interested to see that 42% of people believe that longer service should automatically equate to a larger pay packet, while 24% felt that higher qualifications should have the same effect – regardless of how good you are at carrying out your work. However, more than double that figure – 55% of respondents – felt that people with qualifications should only be paid more for their role than lesser qualified colleagues where their higher qualification enables them to do a better job.

“People are clearly attuned to the attitude that pay rates and increases should be more attached to merit, skills and ability, rather than simply having the right piece of paper. These sentiments were fairly balanced among both men and women.”

Joanna believes that a happy workforce lends itself to greater productivity and greater success for the business overall and acknowledges that “There are always going to be income and reward comparisons made in any workplace whether they be based on gender, age or other factors.” For Joanna though, the important thing is that employers are open to addressing issues that arise and are flexible in the approach they take when it comes to growing and developing their workforce.

“Most people spend the bulk of their adult life working, so it is so important that they are happy in what they do and that they feel remunerated and rewarded fairly for the work they put in,” she concludes.

Established in Dublin in 1996 and led by a team of entrepreneurial business executives Taxback.com has 27 offices worldwide, in Europe, Australasia, the United States and South America, and a staff of over 940.

The commitment of Irish business to taking...