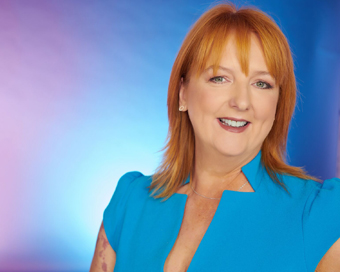 How many bankers and business leaders are upfront – and genuine – about the need for integrity and honesty in financial dealings?

Former banker Judith Totten, it must be speculated, is a rare species these days – and yet, her emphasis on both has brought her alternative finance company solid success.

“I look for integrity and honesty,” she declares. “I don’t mind if someone has made a mistake but I want the person to tell me about the mistake.

“I prioritise honesty. In this market you have to keep your wits about you and keep ahead of the pack,” says the Hollywood, Co Down native, who worked in banking for years with Northern Bank both before and after its takeover by Danske Bank, eventually taking the leap into self-employment just before the economic downturn.

Working in the business lending department of the bank as a sales manager, Judith steadily navigated her way up the ranks, developing an interest in business lending and working capital along the way.  However, she came to a turning point somewhere in 2006 and 2007 just before the start of the banking crisis:

“I felt I wanted to do something new,” recalls the Belfast-based businesswoman. “I had a great career with the bank, but I just wanted a change. “There was a sense of getting to forty and wondering if I was going to do anything different.”

She had always been passionate about SMEs and small business in general, which, as she points out, are the backbone of the Irish economy. “I felt the SME business owners were going to struggle during the recession. I believed there had to be a better way, that someone needed to be out there acting as an advocate for them.

“I left the bank in 2008. For the first few years I did a lot of consultancy work helping small companies deal with the fallout of the recession. “I came to the realisation that a lot of them needed working capital and funding which they weren’t getting from the banks, so I set up my own working capital business in 2011.”

The idea had originated with a savvy business colleague who had suggested to Judith that she should really consider establishing her own company – she had the ability, the experience and the instinct for it, he told her: “At the time my response was how on earth could I do that?”

Undeterred her friend suggested that if she could raise £500,000 he would source a debt provider who could support that and take things onwards from there. She founded her company, which she named Upstream, in June 2011 right in the middle of an excoriating recession: “It took me the best part of two years to raise the money to start a business which would provide invoice finance to SMEs.”

There was good reason for this – and not only because Judith was trying to establish a financial start-up smack in the middle of a major economic downturn: “The problem was that it was a new-start finance company run by a woman in Northern Ireland at the height of the banking crisis,” she says dryly.

“Finding someone to lend me money was an enormous challenge,” she adds: “I cannot say that anyone ever actually said it was an issue being female, but the majority of people I presented my business plan to were male. “I cannot say for certain that this came into it but my gut is that my gender may have been an issue.”

The experience left her with an empathy with female founders, though, she says, she is very judicious about who she loans money to: “I lend money on the basis of assessment metrics which are very balanced and I don’t favour one company over another on anything except merit.”

Upstream now works across the island and Judith is passionate about supporting business owners and helping them achieve their goals which might allow them to commit to a large commercial order, or upgrade their technology to aid growth. Her business now employs 12 people and Upstream has facilitated over 100 million in funding streams to SMEs across Ireland.

She looks for a number of things in any small to medium-sized business seeking funding:
“First I look for passion, drive and commitment on behalf of the founder. “I look at the concept of the business; the business model, what its market it and what their products are, to understand their business model.”

Next she examines how well the business is put together: “Does it have a good internal administration system? Is there strong account machinery? Is it a well-run machine? Is it solid – and not ‘flaky’?

A major consideration for her, she acknowledges, is “integrity and honesty,” and she advises business owners to be prepared to accept compromise: “If your financial advisor cannot accept X but is offering you Y be prepared to consider alternative options!”

Even a cursory glance at the array of...

As every business owner knows being your own...