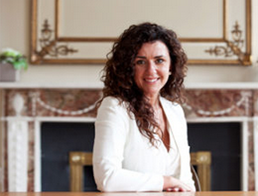 In the second instalment of findings from the latest Taxback.com Taxpayer Sentiment Survey 2020, job flexibility is the most important priority for 33% of women when considering new employment options, while professional growth and development tops the poll for 34% of men.

The survey, which looked at the attitudes of Irish people towards work related issues such as workplace priorities and worker satisfaction asked over 2,500 of Taxback.com’s customer database their views.

Speaking about respondents’ attitudes to employment priorities, Joanna Murphy, CEO of Taxback.com said: “Male respondents were more likely to be focused on the potential that a new job would hold for growth and development, while for female respondents ‘job flexibility’ was their number one consideration. Everyone seeks different attributes from a job. It’s not entirely surprising that professional development was the number one priority overall, followed by job security. What is noticeable however, is that the women in our survey placed less importance on these two aspects than men.

“Interestingly, 10% more women than men (33% versus 23%) see job flexibility as being their top priority when choosing employment. There could of course be a myriad of reasons for this but some of this disparity could be down to the traditional caregiver and homemaker role that many women assume. Women may be more likely than men to take time off if childcare falls through or if a child is sick, or if care needs to be provided to an elderly parent or relative. In this regard, flexibility of working hours helps to facilitate a healthier work/life balance, particularly in terms of families.

“On a wider level, and across genders, the flexibility to work from home enables employees to incorporate their professional and personal lives in a different way than being solely office based would traditionally allow for.

Employer culture and reputation scores low – with just 4% of people saying this would be a primary consideration.”

In terms of job satisfaction, the Taxback.com survey found that ‘teamwork’ was the most satisfying element of their job, according to respondents (42%). This particularly rang true for women (46% – compared with 38% of men).

“The popularity of being part of a team (42%) stands in comparison to the 12% who felt that working on their own and setting their own agenda was the most enjoyable part of their job” observed Joanna. “Work is where we spend most of our days as adults, and it’s likely that the social and professional networks that arise from that proximity are, for many of us, an important part of why we choose to stay working where we do.

“The survey also shows that our role is an important part of the satisfaction equation (27%). Somewhat surprisingly, just 10% felt that getting recognition or praise from their boss or peers was their most favourable aspect,” she added.

The Taxback.com survey also asked respondents their views on what they found least favourable about their employment. Of these figures, Joanna commented: “It’s encouraging to see that 36% of people responded that they liked their job, with this figure being relatively the same for both males and females. However, of those who did provide insight into what they liked least, ‘the commute’ was highest at 16%, followed by ‘my boss/management’ at 14% and ‘other staff members’ at 11%. ‘Having to stick to set hours’ was an issue for 10%.

“What jumps out here is the role of e-working in providing people with the flexibility, and perhaps the independent space or environment they might need, in order to be most productive. It certainly has a place in reducing or eliminating travel times for some of Ireland’s 1.88 million daily commuters”, she concluded.

A Number of Appointments at...

Ellen Coyne is joining the Irish...

Julie Ennis has been appointed CEO for...