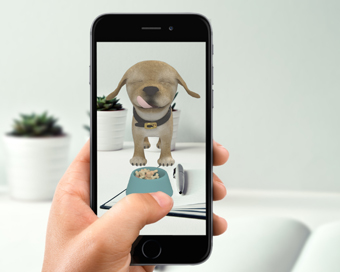 Leading wellness app KeepAppy has launched an exciting new feature called ‘Keepies’. Keepies combine personification and gamification of each user’s wellbeing in the form of animated characters. Based on an individual’s engagement with the preventative wellbeing tools on the app, users can gain points and use their points to interact and play with their Keepie. Similar to tamagotchis, KeepAppy Co-founders Aimee-Louise Carton and Will Ben Sims created the new feature to act as a ‘caring circle’ to demonstrate that only by caring for yourself, can you care for your Keepies.

KeepAppy is a wellbeing gym for people that empowers users to take control of their mental and physical health by enabling people to track the vitals that impact them most. Although Keepies currently features one dog character, KeepAppy are hoping to introduce further personalisation, from clothing to increased interactions. The app creators hope the new feature will help empower users in a uniquely innovative way.

In addition to Keepies,  KeepAppy boasts other features focused on empowering, educating and cultivating a wellness oriented lifestyle which are focused around a number of pillars:

Commenting on the launch of Keepies, KeepAppy co-founder Aimee-Louise Carton said: “By introducing the new Keepies feature and through combining personification and gamification, we hope to empower users in a uniquely innovative way. The concept for Keepies was first developed while I struggled to care for my dog Aura, who was there for me at my lowest point. I quickly realised that by not caring for myself, I couldn’t care for her, hence Keepies was born. We are extremely excited to be bringing Keepies to market and will be rolling out more characters that make caring for your wellbeing fun over the next few months”.

The Citizens’ Assembly will meet this...

How to Win Business Awards