A Number of Appointments at Irish Indo 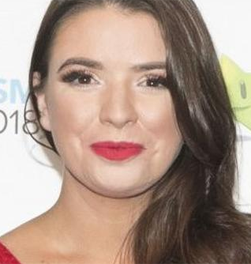 Ellen Coyne is joining the Irish Independent/Independent.ie as News Correspondent.

An agenda setting journalist, she is a former double winner of the political story of the year.

Ms Coyne won political story of the year in 2017 and again in 2018 at the NewsBrands Ireland Journalism Awards. Those awards were for breaking major stories on the National Maternity Hospital and the government’s Strategic Communications Unit respectively.

Irish Independent/Independent.ie Editor Cormac Bourke said: “Ellen has a passion for news and for breaking big stories. I know she will be relentless in pursuing the stories that the whole country will be talking about. I am delighted she is joining us.”

Independent News and Media Publisher Peter Vandermeersch said: “Our belief in exclusive and high-quality journalism is again clear with our recruitment of Ellen Coyne. Her work will continue to improve our journalistic offering and I wish her every success in her new role.”

The Dungarvan native joins from Maximum Media where she was JOE.ie’s first Head of Politics. She previous worked at The Times, Ireland Edition and with BBC Wales.

It comes a week after two other major recruitment announcements by the Irish Independent/Independent.ie.

Award-winning journalist Catherine Fegan is taking up the role of Special Correspondent.

In 2017, she was named Journalist of the Year at the NewsBrands Ireland Journalism Awards and won the Popular Features award.

She also won the Popular Features award at the most recent 2019 NewsBrands Ireland Journalism Awards.

Originally from Mayo, she began a career in journalism 14 years ago and has worked at a number of national titles. She started out in the ‘Sunday World’ and later the ‘Irish Daily Mirror’ before taking up a full-time role as a reporter based in the Central Criminal Court in Dublin.

In 2015, she joined the ‘Irish Sun’ where she was a senior news reporter.

It has been announced today that Matheson...

In the second instalment of findings from...