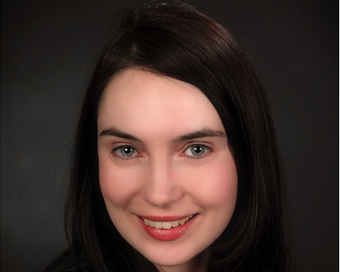 Lisa O’Donoghue’s passion for the materials that make up the world around us led her to develop a robot-automated machine for recycling LCDs.

The University of Limerick PhD graduate is CEO of Votechnik, one of a number of Irish SMEs awarded European Innovation Council funding last year to develop a fully automated LCD recycling technology for the global market. Lisa had completed her doctorate in high-temperature technology for aero gas-turbine engines when she recognised the need for a recycling solution for liquid crystal displays or LCDs. At the time, the use of LCDs was exploding because of consumer demand for flat-screen TVs and high-tech computer monitors.

As a materials scientist with a particular interest in metals, Lisa wanted to explore methods of recovering critical metals such as indium, which is used in touchscreens. She says that her metallurgy background led her to the recycling project because, as she explains, “metals are readily recyclable and have good value, which makes the process economically feasible.”

Lisa says that she was interested in science and engineering from a young age and credits popular TV show Star Trek as a big influence. Having chosen all science subjects at school, Lisa was sure that her career path lay in that field, though as she deliberated over her choice of studies in either science or engineering, she came across the materials science course at UL. The course which focused on all of the key materials, “metals, ceramics and polymers, and their engineering applications,” seemed to be the perfect fit for Lisa who is interested in “how stuff works and how materials are the building blocks of the world around us, literally the world in which we exist.”

Later, she successfully submitted a research proposal to the Environmental Protection Agency, and led a multi-disciplinary team in the university, which included automation engineers and process engineers, to investigate an automated process for recycling LCDs. Solving a problem of the disposal of environmentally hazardous LCDs and fluorescent tubes, the team developed a machine which uses a robot to recycle the LCDs in TV screens in a safe, efficient process – and one that complies with EU Waste Electrical and Electronic Equipment (WEEE) regulations.

The ALR 3000 was the cumulation of a 10-year journey from concept to operation. The machine began a testing phase early in 2018 and is now up and running at KMK Metals, based in Kilbeggan, Co. Westmeath, which is the main recycler for these types of materials. Lisa describes the ALR 3000 as “impressive. It’s got a huge robot inside of it that lifts the LCD, measures it and brings them through two stations to depollute the hazardous material.”

Under European legislation, recyclers must remove the hazardous components as part of the process. However, current manual methods are time-consuming and costly. Recyclers use either manual disassembly or semi-automated processes to cut open the LCD, and the manual labour has to go in and pick out the hazardous materials. When compared with the manual process of three or four per hour, the ALR 3000 is significantly faster with a rate of approximately 60 LCDs per hour.

Lisa says their initial approach was to fully disassemble the LCD and look at the application of automation, but variances in sizes, shapes and types of the LCDs presented challenges. So the team came up with a technique to cut out the liquid crystal panel, measure it and cut it out to gain access to the florescent tubes behind it. “At that point we patented it, and then we spun out the company and licensed the technology.”

Stress is not a word used by Dolores Madden....

Even a cursory glance at the array of...