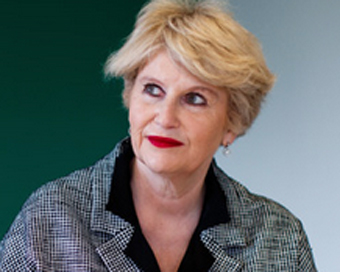 A pre-election snap poll conducted over the past five days by the Institute of Directors (IoD) in Ireland has found that another ‘Confidence and Supply Arrangement, by which the previous government operated, is overwhelmingly the least favoured option amongst Irish business leaders following the General Election 2020. A government with a clear majority rather than a coalition-led administration is their strong preference.

Maura Quinn, CEO, IoD Ireland, commented: “Business leaders clearly believe that another Confidence and Supply Arrangement would add more uncertainty, providing no guarantee as to how long such an administration might last. Just as we have found in our regular business sentiment research over the past year, this snap survey reflects this desire for economic stability and political certainty among business leaders.”

When asked what the new government should prioritise, the top three issues that business leaders flagged were economic stability (24%), infrastructure (such as broadband and roads) (22%), and housing/accommodation (16%). With reference to the latter finding on housing/accommodation, this may be a further iteration of a finding from the IoD Ireland Q2 2019 Director Sentiment Monitor, which found that 56% of business leaders believed the lack of supply of housing and/or affordable rents is impacting their ability to attract talent.

The key findings of the IoD Ireland’s pre-General Election Snap Poll survey include:

•The ‘least favoured’ government option for business leaders is ‘another confidence and supply arrangement’ (57%), followed by a ‘coalition-led’ government (15%)

•54% of business leaders would prefer a ‘majority government’, with 33% favouring a ‘coalition-led’ government.

•When asked ‘What is the main business-related issue you would like the new government to prioritise’, business leaders chose:

•When asked ‘What do you think should be the dominant issue on which this election will be contested’, business leaders chose:

•When asked, ‘What do you think is the main communication medium that will influence the outcome of this election’, business leaders chose:

– Public debates and meetings at 15%

The IoD Ireland pre-election snap poll was conducted between last Wednesday 15th January 2020 (the day after the election date was announced by An Taoiseach) and Monday 20th January. The survey was distributed to IoD Ireland’s more than 3,000 members and completed by 625 people, a high response rate of 21%.

Taking to the Skies

Dublin City University, in partnership with...

Accenture recently announced the return of...