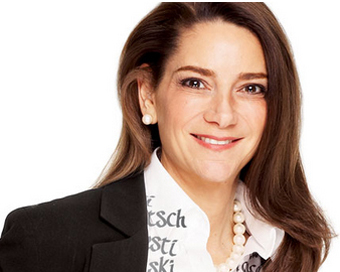 A Bonfire of the Vanities-type work environment – complete with chauvinism, shouting and enough testosterone to float a ship – wasn’t her thing. Ironically, however, it inspired Liz Elting to co-found a massively successful company which has over $700 million in revenues and more than 5,000 employees in over 90 cities around the globe. She talks to WMB about what inspires her to be so successful and the importance of ‘women supporting women’.

Elting, Founder and CEO of the Elizabeth Elting Foundation, is a New York-based philanthropist and businesswoman, recognised for her outstanding entrepreneurship and her focus on developing women business leaders.

It’s been a life-long passion – when Elting co-founded TransPerfect, the world’s largest provider of language and business solutions, in late 1992, one of her priorities was that the company would be a place where both men and women wanted to work, and where male and female employees were treated as equals.

As a student, Elting had a strong interest in languages. After majoring in Modern Languages in college in the late 1980s, the then-twenty-something landed a job in a company which offered a business translation service. “I thought it was great that I could use language skills to get a job and I worked there for three years,” she recalls, adding that at the time, this was the biggest translation company in the industry with offices in four cities and 90 employees as well as an army of freelance translators. Initially hired as a project manager she later moved into sales, and she says, she loved the company and learned a lot.

However, as she learned the business, she felt things could be done better. “I felt the organisation was relatively flat and I wanted to grow with whatever company I was with,” she recalls.

In 1990 Liz left her job and returned to college full time, graduating a few years later with an MBA in business administration, at age 26: “I wanted to be an entrepreneur but I needed money – and I had no money saved,” she says. “I had learned how the translation company could be done better. I saw a real gap between what corporate clients needed and the services that were available in the industry.  “I felt clients needed a top-tier company with top-of-the-line service and quality, along the lines of a top-tier investment bank or law firm, providing end-to-end solutions that could facilitate the services required, from document translation to oral interpreting. “My idea was to create a company with the sales and production all on the same team.”

First, though, she needed to make some money.“ I got a job in the proprietary trading division of a big international bank.” she recalls now. However being the sole female employee in an all-male, deeply macho Bonfire of the Vanities-style workplace in the early 1990s turned out to be something of a challenge. “I was the only woman in an all-male environment. It was quite a testosterone-fuelled environment but I felt I had to try it. I was ambitious.” So she gave it her best shot, but she found, she says, that being the only professional woman in the workplace meant that whenever the office phone rang the others expected her to answer it –even though there were other entry-level MBA-graduates there (though those were all male too.) “There was a lot of yelling and swearing,” she recalls.

She tried to talk to her boss about it, she says, because she truly did want to grow in the business. His suggestion, however, was that she check the supplies cupboard and “find out what supplies were needed for the office,” adding that she could also go around all her colleagues and find out what they needed too. “I thought; well this is not going to work,” she recalls now, adding that it was at that point that she realised her true passion was for translation: “I now accepted that I loved translation, and that financial work was not my thing;  it was paper-orientated, numbers-orientated, dry kind of work! “Translation was about solving a client’s problems and working with different people around the world. “I wanted to provide the best quality service and I was not loving the situation I was in!”

She cut her losses and within  six weeks had left the bank job and co-founded Transperfect with her college boyfriend: “I thought; ok, I’d love to create something that is an environment where men and women wanted to work and were treated the same, and that production and sales staff were on the same team. “For her, she said, “it was about wowing the client with the quality and service – I wanted everyone to be on the same team.” She and her then-boyfriend, a fellow student who was finishing his MBA, co-founded TransPerfect in an NYU dorm room at the end of 1992.

Elting was big on goals, she recalls, and the first goal was to move out of that dorm room within six months. “It’s hard to grow a world class company out of a dorm,” she quips, adding that her co-founder came on board fulltime in May 1993: “We launched at the end of 1992 with the goal of being able to pay for an office within six months and at the very end of the six months  we moved into  our first office. “It was very exciting,” she says now of that small business suite on New York’s Park Avenue South. There was no email, so they splurged $600 on a fax machine, and put a lot of work into contacting potential clients. “We knew sales was the key, as was also having goals. We also knew that the number one reason why companies go out of business is running out of money. “We needed sales, so we were incredible sales-focused.”