Posted In: It's All About Women 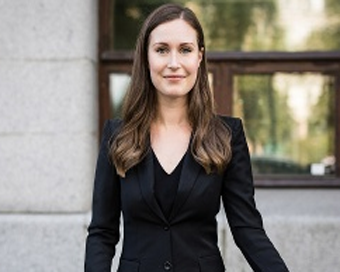 Sanna Marin has become the new Prime Minister of Finland’s 76th Government.  Previously she was minister of transport & communications. The President of the Republic Sauli Niinisto accepted the resignation of Antti Rinne who was only in office six months.

Sanna Marin who has one child, will become the youngest prime minister in the world and Finland’s third female prime minister.  There are 5 parties in Finland’s coalition government and all are now headed by women!

Asked about her age after it was announced that she would be prime minister, she said: “I have not actually ever thought about my age or my gender,” she said. “I think of the reasons I got into politics and those things for which we have won the trust of the electorate.”

It's All About Women: Previous

More affordable and accessible childcare and...

You Cannot be what you Cannot...

An open call to artists for a series of new...