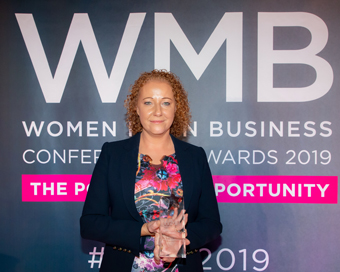 Concentrate on what you’re doing, be one hundred per cent certain that any work you hand up you’ll be able to stand over, and always be ready to challenge the traditional way of doing something.

It’s a mantra that typifies the approach of Sinead Fitzmaurice, the recipient of this year’s WMB Businesswoman award and CEO of TransferMate, a global B2B payments technology headquartered in Kilkenny, which has taken the financial world by storm through its integration with banks, corporates and software partners to streamline their global payment needs.

TransferMate is essentially the result of that philosophy; of always being ready to challenge traditional structures, as the 44-year-old Wexford native goes on to explain.

After joining Taxback.com as a financial controller in 2005, following 10 successful years with PricewaterhouseCooper (PwC) in both Ireland and the Channel Islands, Sinead was quickly promoted to the role of Chief Financial Officer by Taxback founder Terry Clune. Within five years, the duo began the process of establishing TransferMate. Their mission: to eliminate the cumbersome, and expensive SWIFT, or banking system for managing international transactions.

“If you need to do an international transaction, your money goes through a series of banks before landing at its destination,” explains Sinead, who likens the process to a form of “financial Pass the Parcel, where the customer is charged at every stop.”

“This system creates problems for businesses, so we wanted to build a business that would eliminate the problems.  “We had to cut out the Pass the Parcel situation, so we set up a system under which we eliminated that chain of banks.” Doing that is a time-consuming process which took years, she recalls. TransferMate is now regulated all over the world – in all EU member states, and in the 50 states of the US, as well as in Canada, Australia, New Zealand, India, Switzerland, Hong Kong, Singapore and Dubai, though they’re not stopping there: “We’re currently in the process of expanding into South America and Africa. We are the only payment company in the world with that form of regulation.

“It’s taken absolutely years to do it and we did it because we wanted to bring a frictionless payment experience to companies who were making international transactions. “We became an alternative to the traditional banking system.”

Their high-tech system has been underscored by the fact that some of the world’s biggest banks have now partnered with TransferMate, which is now powering their transactions. Last year the company forged strategic partnerships with Wells Fargo Bank in the USA and with ING, one of Europe’s largest banks as well as with AIB. Both ING and AIB are now minority shareholders in TransferMate, and between them have invested €51million in the company.

“This is an example of banks highlighting the fact that we had built something outstanding’ – something that can disrupt the traditional banking system,” says Sinead.

Next, TransferMate targeted global software platforms to digitise payments within their systems: “This has greatly streamlined financial transactions from start to end and we are now partnering with the biggest procurement platforms in the world – Coupa Software, SAP Concur and Tradeshift. “At Taxback, we knew the problems involved in moving money around the world – we knew we could do this a better way and hence embarked on setting up TransferMate.” TransferMate now has 350 employees worldwide, with four offices in the US, two in Australia, one in Singapore and the headquarters in Kilkenny. For Sinead, who has a large family, helping to set all this up has meant a lot of time in the air, away from home: “I spend a lot of time with our partners, most of whom are headquartered in the United States. I generally travel a few days a week, within Ireland, Europe or further abroad. When you’re building an international business you have to spread your wings.”

So establishing this global firm has resulted in significant juggling to maintain a healthy work-life balance for Sinead, a mother of four children aged between fifteen and five. “When I’m in Kilkenny I’m always home by six and I never work weekends,” she says, adding that for her, winning the WMB Businesswoman Award for 2019 was an immensely gratifying endorsement of what she does day-to-day: “It’s something that I can show to my children! For me that was one of the major positives of winning this award; it’s something you can display to your children to show that if you work hard, this is the kind of acknowledgement that can follow.”

Pondering an undeniably stellar career, Sinead is not slow, as she says, “to give credit where credit is due. “One person I’d love to recall at this point, is my late father Larry Ryan. “Dad was the first to be so encouraging about my abilities.” Larry, who passed away in December 2018, gave her the confidence she says, to “simply drive ahead.” “He was a big influence on my life,” she says. Next up, she says were her employers with PwC, both in the Kilkenny and Channel Islands offices, and later, Terry Clune of Taxback.com: “I always felt that my employers at PwC and the Taxback Group in both Kilkenny and Jersey encouraged me and gave me the confidence to go ever further. “I was picked from an early age for the top jobs and my employers gave me very good experience from an early stage, credit where credit is due.

“I never felt held back; I was always encouraged. I was selected for jobs that were difficult and complex. There were times when I wondered whether I was able for them, but I was always encouraged and given the confidence to excel,” she recalls. Her work with PwC both in Ireland and the Channel Islands, formed the bedrock of her career: “I concentrated my experience on financial services for clients based in the UK and Europe as well as companies registered in the USA and that gave me a lot of understanding of international regulations in the US and elsewhere. “It gave me a very broad level of experience in international regulation which is very relevant to my position.” When she first arrived in the PwC offices in Jersey, she recalls, there were about 250 employees and 30 senior managers, less than five of whom were female: “I was also the youngest – a senior manager at age 24! “I have never felt that I was held back because of being female.”

After marrying in 2003 and giving birth to her first child a year later, Sinead and her family returned to Ireland. They were tempted to stay in Jersey, but the yearning for home, and the longing to raise their family in Ireland, and have children who knew their grandparents, was too strong: “One day I was sitting at my desk in Jersey when I saw a job as financial controller with Taxback.com in Kilkenny,” she recalls. “I’d spent 10 years on high-profile jobs, and I saw this role as something I could do.”

Within just three months of starting with Taxback she was promoted to group CFO: “At this time the group was starting into a process of rapid expansion and diversifying into different sectors, one of which was regulatory. “It was diversifying into B2B services to make it easier for companies to trade abroad. “Taxback was really started to scale up, and I was promoted by the founder, Terry Clune very quickly.”  These days there are five core businesses in the Taxback group – Taxback.com, Taxback International, Immedis, Sales Promotion and Transfermate. Observes Sinead: “Out of these five businesses, four of the CEOs are female. It’s not a conscious thing; they’re CEOs because they’re the people for the job. It’s a testament to how women on boards excel!”

Her thoughts on success as a woman in business? 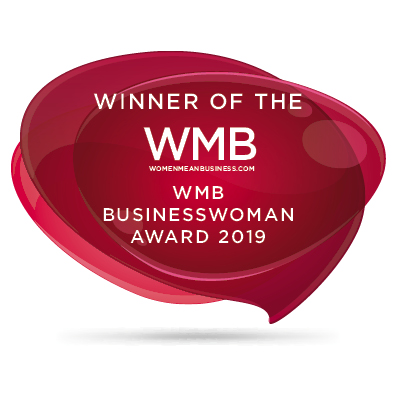 “Determination comes into it; you push on and that’s what I encourage other women to do – basically, forget you’re female and just concentrate on the job in hand. That’s a philosophy that’s worked for me!”

Geraldine Casey has been appointed AIB’s...